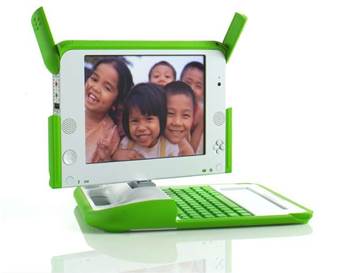 The One Laptop Per Child (OLPC) project is gearing up to launch an Australian branch in the coming months and working to lobby the Government to fund programs in local communities.

The OLPC is a non-profit organisation started at the Massachusetts Institute of Technology that provides low cost laptops to needy children around the world.

To date, the group has sold about 600,000 of their specially designed XO laptops in places like Mexico, Uruguay, and Birmingham, Alabama.

The group officially announced plans to start an Aussie branch at the linux.conf.au in Melbourne in February.

However in the initial planning stages, the OLPC was sceptical about Australia’s need for such a program.

“It was a heartbreaking moment when we had to convince the OLPC that Australia really did have communities that were equivalent to their main focus, developing countries,” said OLPC Australia partner Jeff Waugh.

Right now, OLPC Australia is conducting trial programs across the country to prepare for a hopeful launch of June or July.

The XO laptops, which are specifically geared towards 5 to 12 year old students, run with open source software, and include features like animation, music creation, and a “mesh” network system that allows the laptops to automatically communicate with each other through instant messaging, which has served as somewhat of an inspiration for the Aussie program’s planners.

“My personal goal is to bridge these different communities,” Waugh said.

“A kid in Sydney at a northern beach school chatting to a kid out the in the country, the possibilities it opens for understanding different areas is great.”

The laptops cost US$188 each, but the group is working towards a goal of the originally promised price of US$100.

The price change has not been the only friction the OLPC has experienced since it began in 2005, as several other companies have rolled out with low cost laptop schemes, including Intel with their Classmate PC.

The two companies were initially working together on a program, but split when Intel refused to stop selling the Classmate PC.

While the Intel model is more expensive, analysts have said Intel spends more money on teacher support and training, a claim Waugh says he would like to change with the Australian OLPC program.

“We regard that as one of our principle missions, it’s not just about giving people laptops and saying ‘Rock and roll, have fun;’ we want to work with teachers so they understand how to use the computers and how to best help students,” he said.

Waugh also says the computers have a lot of room for customisation and expect they will mesh well with the Aussie lifestyle.

“One of the coolest things about these laptops is the social design and how they work particularly in developing communities,” he said.

“They have special batteries that can charge in 50 degree heat, which most batteries can’t. And there’s a solar panel that has a charger you can put 15 batteries in, so the kids can come in and use full batteries while they charge the empty ones.”

“That should have the computers running for the day, and you don’t need power sockets or cords, which is really useful in some older built schools with only a couple sockets per classroom.”

The initial goal is a 5,000 laptop trial period, which ideally the Government would buy and provide to students for free.

The OLPC also plans to branch the program out for children in the Pacific island areas.

Waugh said for now, the group plans to focus on logistics and planning, to make the program the kind of success it has been elsewhere.

“It’s such an incredible creation in terms of the laptop and the whole concept around it about how to apply this type of technology,” he said.

“The organisation’s original goal was to provide something to replace school books and this laptop has become so much more than that.”
Got a news tip for our journalists? Share it with us anonymously here.