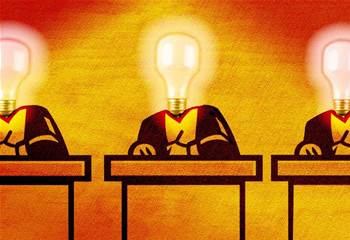 Participants in the Anti-Counterfeiting Trade Agreement (ACTA) negotiations announced today that they have finalised the text of the Agreement, after resolving the few issues that remained outstanding after the final round of negotiations in Tokyo.

Trade Minister Dr Craig Emerson sought to assure critics of previous versions that "Australia would not be required to change existing domestic laws in order to implement ACTA".

"On my quick read the text suggests some positive things remain or have been inserted to preserve the balance in Australian law to the extent we need to legislate anything more to comply," Coroneos said.

"It was good to see that that the definition of "commercial scale" includes the limitation "commercial activities for direct or indirect economic or commercial advantage".

"This implies a commercial motive test must be met which brings it closer to the classical view of piracy," Coroneos said.

"It means that private use by individuals will not be characterised as piracy in the legal sense, this treaty targets."

He also highlighted the changed wording in which the text now refers "the unlawful use of means of widespread distribution for infringing purposes" concerning enforcement in Digital Environment at 2.18.2.

It is potentially far-reaching and underscores the importance of the iiNet decision, Coroneos said.

"The distinction is between the role of an intermediary and say BitTorrent, which in iiNet, was found to be the means of infringement."

It would seem that the "means of distribution", using the logic in the iiNet case, ought to exclude the role of an intermediary acting merely as an intermediary.

The iiNet case remains under appeal in the Federal Court.

The Australian Federation Against Copyright Theft (AFACT) also welcomed the conclusion of the treaty in a statement issued today.

"ACTA recognizes the significant and growing contribution intellectual property industries make to the world's economies and the need to protect the millions of men and women who work in film and other creative industries," the rights holder group said.

"As nations rapidly accommodate their economies to appropriately value their intellectual property, they require reasonable and internationally-sanctioned safeguards to protect their creative industries."

Matt Dawes a spokesperson for the Australian Digital Alliance said the final provisions of ACTA are not as bad for netizens as first feared. Its more controversial requirements have been removed or amended following international and domestic pressure, he said.

"The early stages excluded civil society, while leaks raised genuine concerns because they revealed ACTA was very broad in scope. Instead of targeting its namesake of 'counterfeiting' - being the infringement of trade marks via physical goods - its most substantial and controversial articles concerned copyright and the internet."

First, even obligations of ACTA that do not require changes to Australia's laws may still limit the country's flexibility to implement positive changes and correct some areas of bad policy.

Second, the hidden danger of ACTA is its elevation of the status of rights holders and the ammunition it gives their lobbyists to demand domestic legislative reform and argue aggressive test cases.

The main changes since the October 2 round see the enforcement of trademarks in the digital environment [see clause 2.18.2] which implied new responsibilities for intermediaries such as ISPs dropped, with only infringement of copyright or related rights over digital networks remaining, in accordance with current law.

A Foreign Affairs and Trade spokesperson said ACTA was now only subject to legal verification, scheduled for Sydney on November 30.

The proposed agreement will then be ready to be submitted to the participants' respective authorities to undertake relevant domestic processes.