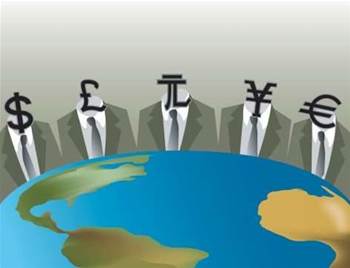 The Organisation for Economic Cooperation and Development has released a report outlining critical steps to help members crack down on tax evasion through information sharing.

Governments around the world, including Australia’s, are investigating whether their tax laws are keeping up with the tax practices used by multinational corporations.

The "aggressive tax practices" of global companies like Google and Apple are the subject of a government paper released last month, exploring risks to the local corporate tax base from the current use of international tax rules.

Apple paid only $40 million in tax in Australia in 2011 despite achieving record revenues of $6 billion, while Google was reported to have paid $74,176 in tax off $201 million in revenue  — a figure later disputed by the company, which claimed its tax bill was closer to $781,471.

The OECD report comes after the G20 Finance Ministers endorsed automatic exchange of information as the new standard in April, and outlines four major steps needed to deliver this.

“Tax systems must be fair and be seen to be fair," OECD Secretary-General Angel Gurría said in a statement.

"The OECD is helping countries work together to put an end to offshore tax evasion by delivering a secure and cost effective system of a single global standard for automatic exchange of information.”

The OECD wants technical reporting formats to be standardised so that information can be captured, exchanged and processed quickly and efficiently by the receiving jurisdiction. It also wants to ensure secure and compatible methods of transmission and encryption of the data are in place.

The report also outlines the need for due diligence procedures for banks to follow when helping jurisdictions track down reportable accounts and obtain identifying information for account holders.

It said a growing number of European and non-European countries had agreed to join a pilot for the implementation of the standard.