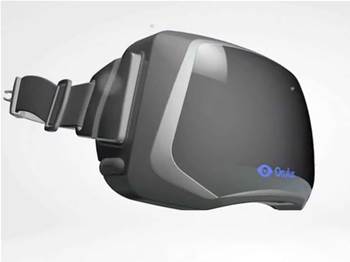 Anduril, the defence drone and sensor company founded by Oculus Rift designer Palmer Luckey, has opened an office in Australia.

The company has appointed OAM-holder David Goodrich as executive chair and CEO of the Australian operation.

Goodrich is a heavy hitter: as well as executive experience with Lend Lease and Macquarie Bank, his credits include involvement with Western Sydney Airport, the redevelopment of Darling Harbour, and 35 weapons system acquisition and sustainment contracts for the Australian Department of Defence.

While headquartered in Sydney, Anduril said it has engineering, science, technology and manufacturing plans at an Australia-wide scale.

CEO Brian Schimpf cited Australia’s background in defence technologies, such as the RAAF’s uncrewed Loyal Wingman developed in partnership with Boeing, as a reason for Anduril to expand here.

“Add to all that a rich bed of Aussie STEM talent, and Australia is the perfect place for Anduril to grow,” Schimpf added.

Goodrich said “now is the right time for the the Australian Defence Force (ADF) and the Australian Government to look at their technology development with fresh eyes”.

The company’s announcement was made just days before the federal government announced a significant expansion of the Department of Defence, with a plan to add around 18,500 personnel to the ADF by 2040.

Defence minister Peter Dutton said the expansion “will mean we can build warfighting capabilities in the domains of space, and information and cyber.”

While cyber warfare and information warfare featured in the Inquiry into the Department of
Defence Annual Report 2019-20 report released in November 2021, neither the department nor the government have stated any personnel or budget targets for such operations.

Anduril’s foundation technology is Lattice OS, which the company describes as bringing “autonomy to the toughest missions”. The operating system is the basis for autonomous drones built for a variety of military applications.

After selling Oculus Rift to Facebook for $US2.4 billion (A$3.3 billion) in 2014, Luckey founded Anduril in 2017 to address the defence modernisation market.