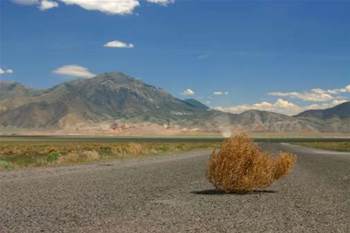 The Canberra wing of the Office of the Australian Information Commissioner has been reduced to two remote-working statutory office holders, as preparations for the entity's abolition take their toll even in the absence of enabling legislation.

Information Commissioner John McMillan today said only he and statutory counterpart Dr James Popple remain in the Canberra-based team, which once counted 25 employees amongst its ranks.

He told the Senate’s legal and constitutional affairs committee that 62 staff members were still fulfilling a range of privacy functions in the OAIC’s Sydney office, compared to 79 in July.

The OAIC has found itself in what the Commissioner described as “an unscripted situation” after the Senate last week ended its 2014 sitting before voting on legislation that would allow for the dissolution of the office, which has only been funded to operate to 31 December.

McMillan said the OAIC still had $1.4 million in unspent funding from its last six month allocation, or roughly a third of its budget for the period. The Attorney-General’s Department also today pointed out that the Privacy Commissioner has income coming in from its various MOUs with other Commonwealth agencies.

The legislation would have enacted the transfer of another $2.7 million set aside for privacy functions to the Australian Human Rights Commission, which is also now stuck in limbo.

Despite the remaining coins in the kitty, however, planning for an end-of-year closure has left the agency exposed in terms of resourcing.

“This situation we have reached is a practical inevitability following the budget announcement, even though we were well aware that the decision required the parliament’s agreement,” McMillan said.

“We had to work quickly and many staff chose to leave very early.”

AGD first assistant secretary Matt Minogue said the Government had accepted the reality that the OAIC would continue at least until the Senate starts sitting again in early February.

He repeated the Government’s pledge to try to get the bill passed in the new year.

“The bill still reflects the Government’s intent. If the bill is passed in February then it would be pointless to gear up the full FOI machinery again.”