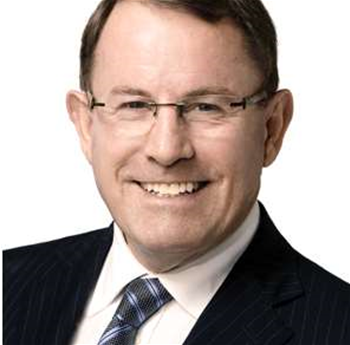 Banks, leader of the fiscally conservative ACT New Zealand party and Auckland’s mayor until 2010, has been grilled over whether he improperly listed donations from Dotcom during a 2011 mayoral campaign as ‘anonymous’ when in fact he allegedly knew the source of those donations.

New Zealand's TV 3 News reports that Dotcom is certain he donated the money to Banks, that Banks rang to personally thank him for the donation, and that the politician asked Dotcom to split the payments into NZ$25,000 lots which would fall below the 'anonymous' threshold under New Zealand’s Electoral Act.

Failure to declare donations where a candidate knows the source is punishable by up to two years imprisonment and an NZ$10,000 fine, The New Zealand Herald reports.

The allegation that Banks improperly concealed Dotcom's donations followed demands by New Zealand’s Labor Party for police to investigate a separate alleged $15,000 donation from the Trans-Tasman SkyCity casino operation that was also listed as anonymous.

New Zealand Prime Minister John Keys has confirmed he will not stand Banks down from his current role as Small Business and Regulatory Reform Minister until the matter is investigated, Radio New Zealand reports.

TV 3 News alleges Dotcom and Banks had a long and close relationship, showing footage of Banks announcing a toast to Dotcom at birthday party.

Interviewed on Friday by TV 3's John Campbell, Banks repeatedly denied knowing the source of the funds and could not recall whether Dotcom flew him to his mansion by helicopter to celebrate Dotcom's birthday.

The party Banks leads supported New Zealand's controversial three-strikes copyright legislation introduced last year by the country's National Party-led coalition government. The legislation was meant to stem the type of copyright breaches Dotcom is accused by the US Government of facilitating.

Dotcom remains under house arrest while awaiting a hearing on his possible extradition to the US to face criminal copyright charges. However, a US district court judge this month raised doubts as to whether the trial can proceed since US authorities cannot file criminal charges against a foreign company.

Dotcom has claimed that the US Government’s actions that were supported by New Zealand authorities destroyed 220 jobs.

Meanwhile, the fate of around 60 million Megaupload users’ data in the custody of US host, Carpathia, remains uncertain.