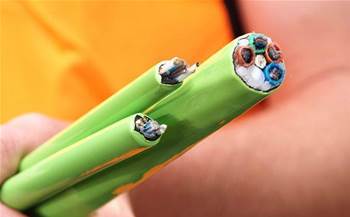 NBN Co has added more than 19,000 premises to its footprint over the past fortnight that are unable to connect to internet services, underlining its new strategy to skip homes that are too hard to connect until later in the rollout.

The network builder has more than doubled the number of so-called “service class zero” or equivalent premises in its footprint in just six months.

Premises in ready-for-service areas that are unable to connect are categorised as SC0 for FTTP, SC10 for FTTN/B, and SC20 for HFC.

Over the same period, the size of the brownfields rollout has not doubled accordingly; it has grown from 2,281,136 to 3,645,868 premises, meaning the growth rate in SC0 premises is much higher than the number of new premises being added to the rollout.

This is important because it’s a metric NBN Co relies on to counter the incidence of problems elsewhere in the rollout, such as complaints filed with the Telecommunications Industry Ombudsman (TIO).

Although raw complaint numbers continue to rise, “the rate of increase in these complaints is slower than the rate of new premises connected to the national broadband network”, NBN Co has repeatedly claimed.

The same cannot be said for SC0 premises.

The past fortnight has been particularly troublesome, with 16.5 percent of the 115,393 properties added to the rollout placed into the too-hard basket.

An NBN Co spokesperson said some premises took "a bit longer to connect ... than we would like to be the case".

“NBN Co currently has around 145,000 premises designated SC0 and we aim to connect these premises as soon as possible although some premises that require significant civil works may face longer waiting times than others to be connected," the spokesperson said.

This is a known problem in the rollout - and one that NBN Co revealed in written answers to senate estimates questions this week that it had reserved some half a billion dollars to resolve.

"NBN Co's prior business plans had allocated a $500m provision to address high cost premises including the long copper loops that may be encountered in the FTTN footprint," the network builder said in the estimates response.

"End users that are beyond a kilometre (cable distance) from the node are generally found in less densely populated areas or suburban fringes.

"Over the course of successive planning, some of these funds have been allocated to FTTN micronode solutions and now fibre to the curb (FTTC), which ensure that premises are addressed in accordance with the minimum speed requirements of the statement of expectations."

FTTN premises are also classed as SC10 because of drawn out activation processes or service qualification issues, where the line does not meet the peak information rate required of 25Mbps.

A requirement for new lead-ins is similarly holding some FTTP and HFC premises back from being able to carry a retail service.

NBN Co revealed in March that it has changed how it treats bypassed premises as the rollout hits critical mass.

Whereas it has previously kept a relatively tight lid on the growth of these orphaned premises, it has now decided that returning crews to fix them is a lower priority than simply continuing with its rollout.

It is likely to mean that premises in the "too-hard basket" could wait years for a serviceable NBN connection.

It also means the rise in SC0 and equivalent premises is set to continue, particularly as the company pushes hard to hit political milestones, such as the halfway mark in the rollout in mid-2017.

However, despite the recent growth, the total current number of SC0 premises still represents a smaller percentage of the rollout than when the SC0 problem was first publicly reported.