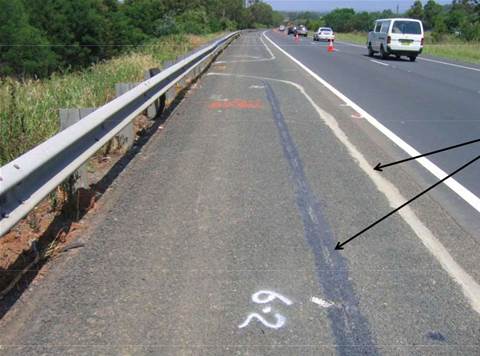 The Northern Territory government has been left “millions” of dollars out of pocket protecting or relocating poorly-placed telecommunications cables installed near its roads.

It is one of several state and territory agencies to condemn plans to make it even easier for telcos to install equipment and cables on or near government-owned assets, such as roads and bridges.

Others to raise concerns include NSW Roads and Maritime Services, NSW Transport and VicRoads.

Together, they accuse telcos of compromising the safety of critical infrastructure and call for greater oversight in the process rather than a further relaxation of rules around what equipment telcos can install outside of local and state planning laws.

The NT’s Department of Infrastructure, Planning and Logistics revealed at least 15 instances where it had been forced to shell out “millions” in taxpayer funds to move telecommunications equipment installed around roadways.

“The current provisions transfer costs to the Northern Territory Government for relocation and protection [of telecommunications equipment] which have been exploited for financial gain,” executive director of strategy, policy and legislation Nicholas Papandonakis said.

“In the last few years, millions of dollars have been spent by the Northern Territory Government to relocate and protect telecommunication facilities which have been incorrectly installed or imposed on road enhancement.”

Papandonakis alleged that in some cases that had left the NT government at the mercy of Telstra, which he said had only “one approved contractor in the Northern Territory, who has a monopoly on the market and charges exorbitant prices” for relocations.

“One example is a road project that required relocation of fibre optic cable,” he said.

“The one and only approved Telstra contractor quoted $90,000 for the relocation.

“The Northern Territory Government obtained a quote from a contractor who was believed to be equally as competent which quoted $5000 for the same work.”

In another example, Papandonakis said that Telstra quoted $530,000 to move a pit 10m and reinstall the cables inside.

“When Telstra was asked to provide a breakdown of costs, the response was that the information was commercial in confidence,” Papandonakis said.

“The developer chose to redesign the intersection to avoid the Telstra pit.”

The NT government was not alone; other state authorities raised concerns with keeping the area adjacent to roads clear of hazards to road users.

VicRoads said it had “significant concerns” about telcos being allowed to install cabinets or poles within the road reserve.

It said that the area adjacent to roads was purposely “kept free of features (eg. trees, rigid (or non-frangible) poles, cabinets) that could potentially be hazardous to errant vehicles”.

“The location of cabinets may … obstruct the sight distance of road users in the vicinity of
intersections, driveway entrances and on the inside of curves in the road alignment,” VicRoads said.

It also said that allowing telcos to install poles up to 12m high and 500mm wide could create “a significant road safety hazard”, noting the allowance was “inconsistent with the safe system philosophy adopted by VicRoads in which it seeks to provide a forgiving roadside to ensure that road crashes do not result in fatal or serious injury".

NSW Roads and Maritime Services (RMS) said it had also experienced past efforts by telcos digging up roads for cable runs, but not returning them to the original condition.

It was also worried about a proposal being considered that would allow telcos to run cables across bridges without seeking permission.

RMS said it wanted to be able to keep track of people installing cabling and other assets on its bridges.

Allowing telcos to install cables without seeking permission would “severely limit the ability of RMS to protect and preserve bridges".

“[Our] bridges have been identified as critical infrastructure and, as the proposal does not
consider potential terrorism issues, will severely limit RMS capability to verify which
individuals will carry out works/maintenance or operation on these assets,” it said.