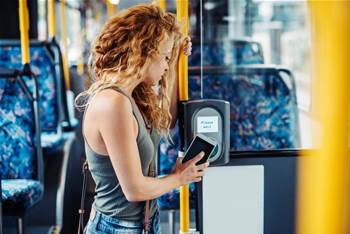 Takes next step toward Netflix model for transport.

Sydney commuters could soon ditch their physical Opal smartcards for a virtual equivalent, with plans now underway to introduce a digital version of the card.

The NSW government is preparing to trial a digital Opal card next year, following calls for such an offering by Minister for Customer Service Victor Dominello.

The universally accepted digital card, first reported by the Sydney Morning Herald, will allow users to pay for all modes of public transport, as well as private transport services like taxis.

It will be stored in a customer’s Apple or Android digital wallet and linked to an account using Transport for NSW’s new payments platform, dubbed Opal Connect.

Opal Connect was introduced in October to help commuters keep track of all their public transport payments, whether this is via Opal card or contactless credit or debit cards.

The platform is seen as the foundation for the government to eventually offer Netflix-style subscription service for transport.

Transport minister Andrew Constance first raised the prospect of such a model earlier this year, whereby commuters would pay a weekly or monthly fee to use public transport.

However, the digital card is expected to initially adopt the same pre-paid model currently used by the physical Opal card. TfNSW will use feedback from the trial will inform its next steps.

The digital card will offer the same fares and travel benefits to commuters as the physical Adult Opal card, though concession fares could also be offered in the future.

Commuters who transfer between different modes of public and private transport will also benefit from travel credits.

TfNSW is expected to approach the market for a delivery partner in January through a request for proposal procurement process, before trialling the digital card with thousands of public transport users.

Trial participants will be given access to a new companion app to keep track of travel transactions and rewards.

Earlier this year, the department told iTnews that Opal card integration into digital wallets was “not a priority”.

This was despite calls from Dominello to introduce a digital equivalent of Opal, similar to that of the digital driver’s licence.

“Love using my Opal card - however I would like my Opal card to be on my phone so I can swipe it (like I can payWave with my credit card) - I will add this to my to do list,” Dominello said on LinkedIn following his re-election in March.

Victoria was the first state to begin offering commuters a digital equivalent of its physical myki smartcard in March after turning to its ticketing system provider, NTT Data, and Google.

The state is now preparing to bring the myki to other platforms such as Apple Pay, but there is currently no timeframe for this.