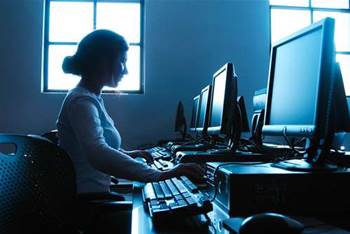 The NSW Education department went out to tender for a replacement for the library function of OASIS - the state's school administration platform - in May last year, in order to modernise the “outdated and unsustainable” technology used by school librarians.

In an effort to standardise all public school libraries and relevant facilities statewide on a single, hosted system, the agency asked for a web-based platform which was purpose-built and which would be continually reviewed for best practice delivery methods.

The new system would also need to be capable of managing the 40 million resources located in NSW school libraries, the agency said at the time.

The department this week awarded the contract to existing supplier Softlink, which already provides an older version of its 'Oliver' school library management software to 22 state school libraries and two directorate offices.

Softlink will now roll out the latest version of Oliver to replace the library function of OASIS - which currently serves a million borrowers across 2215 schools.

The project has a two-year timeframe for implementation - to avoid interruption to students, work will take place outside of school hours - and is expected to involve 230 schools in phase one.

The remaining 2000-odd facilities will receive the software at staggered intervals by 2016.

"Once implemented, every student, teacher and teacher librarian in NSW public schools will have access to the new library system," a NSW Education spokesperson said in a statement.

"Oliver utilises contemporary technology, presents a familiar web interface, and has the capability of searching across other repositories and integrating ebooks and other resources."

The department initially planned to have selected a supplier by June last year, with a rollout to 230 trial schools originally set to commence before the end of 2013.

But given the volume of submissions received from vendors, the agency decided to take more time than initially allocated to be extra thorough and undertake "sufficent technical testing librarian assessments" of each solution.

The library management management system is just one of many OASIS modules to receive a makeover as part of the state government’s $460 million Learning Management and Business Reform (LMBR) program.

The LMBR seeks to modernise the department off legacy systems, including OASIS, for finance, human resources, payroll, student administration and others.

The project has suffered from delays, budget overruns and difficulties with the implementation of some of the components since the program began in earnest several years ago.

The department is still several years away from full implementation despite an initial completion date of 2014.