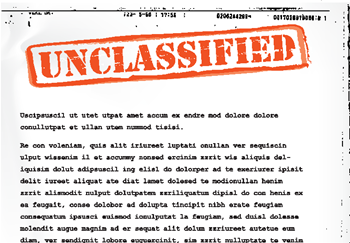 The NSW Police Force is preparing to modernise the process by which the state’s citizens can apply for access to government-held information.

Back in July 2010 the agency was forced to quickly set up a “band-aid” interim solution to enable the processing of applications for information when new legislation came in bringing about the “biggest change to rights to government information in NSW in 20 years”.

The Government Information (Public Access) Act 2009 (GIPA Act) replaced the previous Freedom of Information Act (NSW) 1989, and gives members of the public an enforceable right to access government information, while also encouraging state agencies to be more transparent and proactive with its release.

But the current system the NSWPF uses to process the applications is “cumbersome, time-consuming and manual”, it said in tender documents.

Currently, citizens wanting criminal history checks, personal and non-personal information and internal reviews from the government have to manually fill out a physical form, attach the payment and any supporting documents and post the submission via snail mail.

Not only is the process time-consuming for those requesting information, it is also labour-intensive for NSWPF staff who need to scan all received documents into the police network and manually transcribe the payment and application details into a custom-build Microsoft Access database.

“This database was never intended to be a long term solution and as a result, only limited and essential functionality was provided,” NSWPF said in tender documents.

“This temporary solution was produced by copying the former Freedom of Information database. It is not a corporately supported system, making it difficult to change in response to developments in legislation or business processes.

“It lacks adequate data backup and recovery procedures, has concurrency problems, lacks sufficient security controls and is unreliable. This puts the GIPA service at risk of data loss, data corruption or service failure.”

The NSWPF currently receives about 30 applications and works on about 500 active applications per day, it said.

Its objective now is to implement a “one-stop shop” centralised application management system to automate the process.

It expects in doing so it will be able to centrally manage, track and report on the progress of GIPA applications, eliminate manual data entry by allowing citizens to submit applications online, reduce the number of complaints by processing applications within the designated 20 working days, and support credit card payments.

“Every single transaction for a GIPA application will be recorded in the [access application management system],” it said.

The police force expects to award a tender in late April and start work on the solution in May, with a go-live date of October this year.