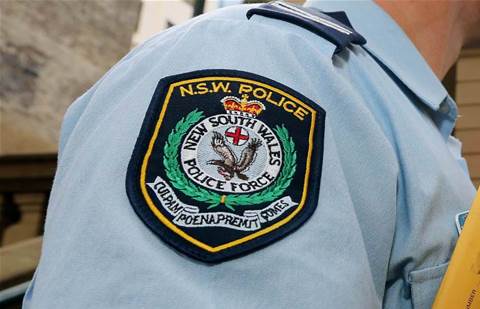 As it prepares to scale its ‘digital evidence cloud’.

Microsoft recently worked with Australia’s largest policing agency to containerise cognitive processing for the core investigation platform in Azure and feed the results back.

The work comes ahead of a future migration of insights to Azure, which is expected to take place “shortly”.

As revealed by iTnews in April, NSW Police is working to stand up a protected-level Azure data centre under what it calls the ‘Azura Cloud Project’ to support its broader transformation program.

NSW Police expects to retire, re-architect or replace more than 200 legacy systems with cloud-based systems as part of the program.

It intends to use Azure to support a range of applications, including the integrated policing operating system (IPOS) that will replace its legacy core policing system (COPS).

IPOS, as well as the insights platform, are considered the “building blocks” for a ‘digital evidence cloud’ that has been built and trialled with Microsoft and is ready to scale.

In doing so, the force was able to “interpret petabytes of CCTV footage automatically and at speed to provide rapid access to leads that officers can pursue”.

Overall, approximately a terabyte worth of computer vision is pulled each day to support investigations, including from CCTV, body-worn video (BWV) cameras and dashcams.

NSW Police is also using Azure for voice-to-text transcriptions of police interviews, which is attracting the attention of other law enforcement agencies, both within Australian and overseas.

Chief information and technology officer Gordon Dunsford said the solution had more than halved the amount of time that officers spend assessing CCTV footage, freeing up time for frontline work.

“Using computer vision, [the solution] can search to recognise objects, vehicles, locations, even a backpack someone has on their back or a tie a gentleman is wearing,” he said.

“It’s been used in a number of investigations already and it’s gone extremely well. It’s significantly sped up investigations and has helped police to get a result in a fraction of the time.”

NSW Police’s lead architect for the insights platform Raj Bhaskaran said extensive testing and training of the cognitive services had been done prior to their use to ensure “biases” were avoided.

“We’ve engaged with stakeholders in this space to ensure we are building and deploying this leading-edge technology right,” he said.

“Let’s say, they want to know if NSW Police has got any CCTV or BWV… or even from a police car specific to a certain location at a certain time, they can go search,” he said.

“Then we’ll get a hit if that BWV has been uploaded.”

But this is set to change with the digital evidence cloud, which currently exists as a “small-scale capability” and has been trialled with NSW Police’s Forensics Command.

Dunsford said the capability, which will be scaled as IPOS advances, will dramatically increase the amount of material that can be collected and analysed.

Microsoft Australia’s national technology officer Lee Hickin said working alongside NSW Police on the “ground breaking program of work” had been a “privilege”.

“Police officers have recognised immediately how this solution can speed up the analysis of evidence, accelerating justice and freeing them for important frontline work,” he said.

“Cognitive capabilities promise to play an increasingly important role in all our lives – and this a clear example of AI and ML being used for the good of the entire community.”

NSW Police is now looking at how it can further leverage Azure cognitive service to further support the insights platform and accelerate other police work.