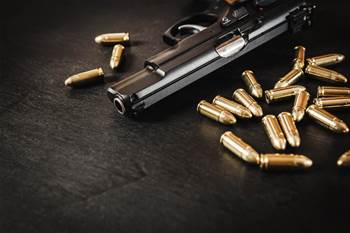 NSW Police has blamed issues around sourcing talent for its lack of progress with the development of a new statewide system for managing the licensing of firearms.

This is despite his assurances last November that it would be up and running by July this year, having pushed back the original December 2017 delivery deadline after issues with the technology.

The new system is intended to allow individuals to apply for licences and permits online through Service NSW.

It will replace the current integrated licensing system (ILS) used by the Firearms Registry, which Deloitte found to be nearing end of life back in late 2013 [pdf].

It had been expected to integrate with the force’s core computerised operational policing system (COPS), however the COPS project has stalled while the force considers its options.

Fuller pointed to NSW Police’s failure to find “the right programmers to be able to build the technology to interface with our systems and Service NSW systems”.

“I have learned a valuable lesson about technology. Finding someone who can deliver technology on time and on budget is a difficult task,” he said.

“I am still committed to delivering what we call the FLIMS system, which is an automation through Service NSW of the paperwork around applications.

“However, finding an individual to write the program and deliver this on time and on budget has been a challenge.”

The delay is forcing the Firearms Registry to continue to rely on antiquated technology to process licences and permits, which Fuller said was almost being done “by fax”.

“We are almost doing it by carrier pigeon at the moment; that is, the technology for people to apply for permits and forms,” he said.