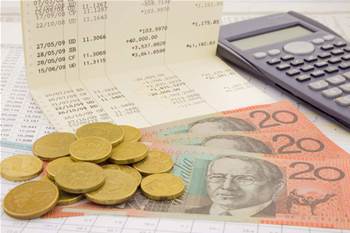 State expects to save big on shared services.

The NSW government expects to save $20 million from its newly-signed back office outsourcing deal with technology providers Unisys and Infosys, which will see a number of jobs sent offshore.

The state government revealed it had down-selected the pair to lead a consortium of suppliers taking over the remit of state-owned shared services provider ServiceFirst last December.

It today announced the six-year deals had been finalised, at a combined value of $215 million.

Around 70 percent of jobs will remain onshore after the state government opted against offshoring the entirety of ServiceFirst's former functions.

The state government confirmed an initial 90 jobs will be located offshore - in Bangalore for Unisys, and Jaipur and Hyderabad for Infosys.

As part of the deal, Unisys and Infosys will also establish a Western Sydney-based "specialist delivery centre" to help manage the new hybrid delivery model, in which services will be delivered both on and off shore.

Since its inception in 2008, ServiceFirst has provided human resources, finance, payroll, IT and other back office functions to a number of mid-sized NSW government organisations. The agency employs around 350 workers.

But internal reviews have revealed a structural deficit within ServiceFirst, which has reached as high as $17.4 million in the past and is forecast to reach $15 million in the future, iTnews understands.

Upon unveiling the outsourcing plans in March last year, the state government said it hoped the drive would give the state the “flexibility and choice” to adopt modern technologies, as well as greater consistency of shared services.

NSW finance minister Dominic Perrotet today said while the "hard working ServiceFirst staff have done a terrific job in a difficult environment of making legacy systems and processes work for the agencies they support”, it was time for change.

“This model is inefficient, expensive, based on outdated technology and designed for a nine to five world which no longer exists. This is causing our staff frustration and costing taxpayers money," he said.

“It’s time to move our back office into today’s world, give our public servants the tools they need to work effectively and shift to modern, flexible and scalable technology solutions.”

The state's public servants will now be able to bring their own mobile and desktop devices into their office and access work applications outside of normal work hours, the state government said, while service desk support will now be available 24/7, rather than nine to five.

Under the new scheme, agencies will be charged in an 'as a service' model based on what they use rather than annually.

Multiple on-premise ERPs will be consolidated into a single SAP cloud-based solution and former ServiceFirst services will be transitioned into the GovDC data centres, as per the government's mandate.

The transition to the new arrangement is scheduled to be complete by December this year. ServiceFirst will continue to provide services to its clients during the transition period.