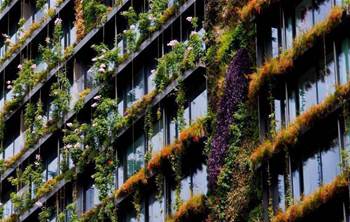 The move follows the state transitioning its land title registry system to an online model after allocating $8 million to the task in its 2017 budget and aims to drag the stubbornly paper driven property industry into the digital age.

The blockchain trial is part of a series of “targeted experiments” with emerging technologies, LRS chief executive Adam Bennett said in a statement.

“Blockchain and distributed ledger systems are being implemented in land jurisdictions overseas where they are already delivering significant benefits,” Bennett said.

“Obviously, any changes to NSW LRS core systems, and core and non-core services will need to be approved by the regulator/Office of the Registrar General,” he added.

LRS has partnered with ChromaWay to build the proof of concept for “selected use cases”, due to be completed early next year before the NSW government completely transitions to eConveyancing by July 2019.

From July 1st next year all property transactions must be lodged electronically and any paper-based Certificates of Title will be cancelled.

Banks are currently in the process of converting any remaining paper Certificates of Title to electronic versions.

While the national eConvancing platform PEXA has been in development and use since 2011, it hasn’t proved as secure as some would hope.

LRS hopes a blockchain system, however, can help mitigate cases of online fraud that saw $250,000 stolen from a Melbourne couple through PEXA in June this year, prompting the platform to readdress its security controls.