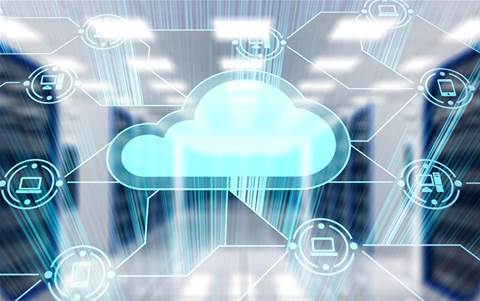 NSW Health is planning to transition the state’s hospitals to as-a-service networking offerings, which it will test with a pilot at Sydney’s Westmead Hospital Precinct.

A consistent, interoperable IT environment is a key activity for the department as it progesses with the implementation of its 10-year e-health strategy.

“The current model is neither financially sustainable nor capable of delivering the service levels required to meet the growing demand,” the department said.

NSW Health has begun looking for service providers to pilot an IaaS networking solution at Westmead Hospital, the Sydney Children’s Hospitals Network and the Central Acute Services Building that is shared by the two hospitals, for up to two years from March 2019.

This may include responsibility for managing data network cabling and supporting passive infrastructure, wired and wireless network equipment, and distributed antenna system infrastructure.

The pilot is expected to inform a preliminary business case for the project that has been developed by NSW Health's digital arm eHealth NSW, with the help of shared services entity Healthshare NSW.

NSW Health hopes this will “achieve the required consistent service performance across NSW Health campus ICT infrastructures” and allow “continuity of services from the Government Data Centres through to end user devices”.

“HGEN will form the foundation layer to allow for consistent delivery of a range of current bespoke services across NSW Health,” tender documents state.

“HGEN provides the foundation footing for the NSW Health future mode of operations.”

With the department looking to progress the business case further, it is also asking for “pricing information regarding the statewide environment” as part of its market approach.

The full deal - if it goes ahead – is envisioned for up to 20 years, starting with an initial 10-year term.

It will shift network infrastructure across the state “from the current CAPEX-based procurement model to a new OPEX-based ‘as a service’ model”.

The department hopes to select “no more than three suppliers” for the pilot, however wants to establish a reserve list for possible future procurements.

“Through this process it is intended that a primary service provider will be awarded up to 70 percent of NSW Health’s total floor space with a secondary supplier being awarded the remainder,” tender documents state.

The work follows what NSW Health describes as “major advances” in IT capability through initiatives such as the NSW Government’s GovDC data centre, which NSW Health became a primary anchor tenant of in 2012.

It said it was now focusing on establishing high-performance ICT infrastructure networks and systems that will link private clouds, including to its key ICT applications in GovDC, to the entry points of all NSW Health facilities.

“With an increasing migration of applications and data into the Government Data Centres it is now critical that the level of service continuity is extended from the campus entry point to the end user device,” the department said.

Earlier this year, eHealth NSW’s chief information officer Zoran Bolevich remarked that a “fully digitally-enabled and integrated” healthcare system can be expected in as little as eight years.

The agency has since begun developing a prototype big data platform to improve the performance of the state’s healthcare system, particularly how services are delivered and envisaged.