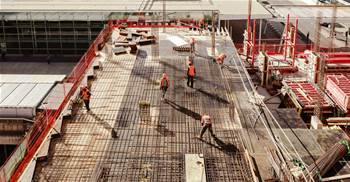 By speeding up planning approvals.

The reforms, which come into effect in June, will temporarily lower the threshold for facilities to be assessed as SSD for two years to fast-track approvals and stimulate economic activity.

SSD is a type of development deemed important due to its size, economic value or potential impact, requiring Independent Planning Commission or ministerial sign-off before it proceeds.

Proposals are assessed by the Department of Planning, Industry and Environment, instead of local councils.

The threshold for data centres will fall “from $50 million CIV [capital investment value] to 10 megawatts total power consumption (which roughly equates to a CIV of $40 million)”.

The department said the changes will “more accurately” reflect the scale, complexity and potential impact of data centres and warehouses, providing a “clear and more certain planning pathway”.

Planning minister Rob Stokes said the reforms would allow projects to travel through the planning system more quickly at time when demand for data centres and warehouses is increasing.

“During the pandemic, there has been a noticeable shift closer towards e-commerce, remote working and cloud storage which has led to an increase in data centres and warehouses,” he said.

“These are great for stimulating the economy – they’re simple to build, simple to assess and create a higher number of direct and indirect jobs.”

“Data centres and warehouses represent a $4.9 billion pipeline of projects so by lowering the threshold to assess more of them as SSD, we are pushing them through the planning system more quickly.”

Stokes added that the number of planning assessment officers would also be boosted to help manage the demand as a result of the changes.

The SSD assessment pathway reforms come as the department plans further changes to the SEEPs to streamline the delivery of smaller data centres through the complying development pathway.

The pathway offers an accelerate approvals process by council or an accredited certifier for “straight forward developments”, as long as they “meet strict construction and building standards”

It follows a noticeable increase in the number of data centre development applications, particularly using the regional development of SSD pathways, the department said.

“This means we’re making it easier to build small-scale data centres without lengthy planning approvals while providing a swifter pathway for large scale ones,” Stokes said.

Each data centre development is estimated to contribute up to $1 billion in construction and fit-out costs to the NSW economy.

“We’ve invested more than $200 million in the past year alone building two facilities,” he said.

“We’re proud to be part of that economic rebuild and look forward to continued partnership with the state and federal government to do more.”

“With eight data centres in the state today, any legislative changes that speed up the planning system is an important step forward,” he said.