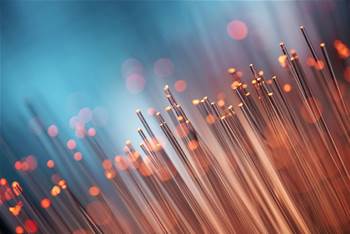 As part of its regional digital connectivity program.

The NSW government has opened tendering for a gigabit fibre network to provide high-speed, reliable internet services to Wamboin, Bywong and Sutton in the state’s Southern Tablelands.

The network, which is slated for rollout from 2022, will be the first piece of major infrastructure delivered under the government’s $400 million regional digital connectivity program.

The program – first announced with a budget of $50 million back in 2017, but later bolstered with additional funding – aims to improve telecommunications infrastructure in under-served regions of the state.

Connectivity gaps in regional NSW were highlighted in the government’s most recent state infrastructure strategy, which also makes it clear that this will continue to widen without intervention.

The government has put the ‘digital divide’ down to a combination of inadequate infrastructure and a “lack of compelling commercial incentives for private operators”.

“Given the ever-increasing demand for digital connectivity, researchers anticipate that, without intervention, the digital divide will continue to grow,” it said in tender documents released on Tuesday.

To remedy this, the government is calling on suppliers to “install and operate a fibre-based network” to replace the satellite internet service that currently serves the three towns.

Tender documents reveal the government is seeking a range of proposals from suppliers outlining multiple solutions, including an “all fibre” response and “technology innovation” response.

Suppliers will be expected to both design and construct the fibre network, as well as any related backhaul, and operate and maintain it.

The all fibre response – considered the conforming response – will consist of fibre backhaul to Canberra, intertown backhaul, a spine network and lead-ins for properties.

The technology innovation response, on the other hand, is less prescriptive, though will include a fibre backhaul to Canberra and intertown backhaul.

“Tenderers will be asked to propose a technology solution which is commercially viable and achieves the most competitive tender,” tender documents state.

“This could include non-fibre technologies, a mix, and/or alternative delivery model linked to the proposed access network technology.”

The successful proponent will expected to deliver speeds of 100/40Mbps to residents and 10/10Gbps to businesses through “Layer 2 Ethernet access services to facilitate a RSP [retail service provider].

“The proponent must provide network services on an open wholesale basis to RSPs and access seekers on a non-discriminatory basis,” documents states.

The successful tenderer is expected to develop a detailed design and technology architecture within six months of securing the contract or one month prior to construction.

Submission to the tender will close on March 3, with the contract expected in late 2021.

In a statement, the Department of Regional NSW said it was looking forward to “innovative proposals from the private sectors to make the best technologies available to residents”.

The tender will help provide a blueprint for how government investment can capitalise on and expand existing fibre infrastructure to deliver a faster and more reliable service to towns on a satellite internet service,” it added.