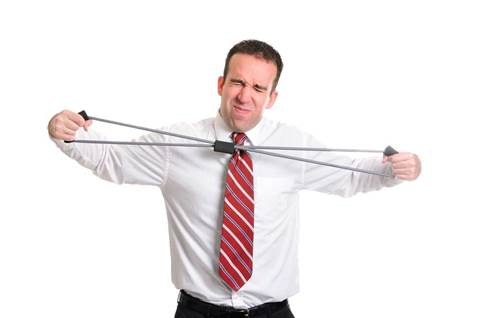 Linked gallery: Photos: On the floor at CeBIT 2012

The NSW Government is creating a cloud infrastructure platform that can be used by agencies to host mobile apps and open internal systems to remote access.

The platform, called 'elastic infrastructure', is being developed by a consortium that includes the Department of Trade and Investment, Regional Infrastructure and Services, OrionVM and Asterism Digital.

The consortium won a slice of $1 million in funds stumped up by the state government under the second round of its collaboration solutions mobile government program.

OrionVM was unable to say exactly how much the NSW Government had invested.

Work on the service began in March, with a pilot project currently hosting some mobile applications.

The pilot is due to finish "around September", OrionVM's marketing manager Scott Cowley told iTnews.

Aside from providing the hosting and infrastructure to underpin the delivery of NSW Government mobile apps, the service is also designed to enable agencies to make remote access to internal systems easier.

The grant is also seen as allowing OrionVM to further develop its technology for use in the government sphere.

The elastic infrastructure platform is one of seven consortiums to win funds from the NSW Government.

All seven systems will be piloted within Trade & Investment and were announced by Deputy Premier and Minister for Trade and Investment Andrew Stoner at the CeBIT conference today.

Mobile developer BigTinCan also won big, securing funds as part of two consortiums. One is developing a way for government personnel on overseas missions to securely share and update documents, while the other is creating a system to allow veterinarians to record biosecurity data in the field.