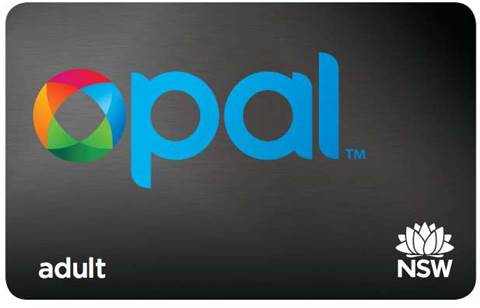 The NSW government has opened its Opal smartcard to the first private transport operator, giving customers the ability to use the payment platform across a wider range of transport services.

OpalPay will use the same Opal card to deduct fares, but will require customers to tap on using the operator's payment device rather than an Opal card reader.

Cubic Transportation Systems - which operates the smartcard system on behalf of the state government - worked with Transport for NSW to “develop interfaces that enable third parties to connect to the Opal system so that journeys can be paid for using the Opal card”.

The privately owned and operated Manly Fast Ferry service is the first to take advantage of the open API, allowing the Opal card to serve as another form of payment on its routes.

“We know how popular tap and go payments are, and this rollout is about expanding the convenience of Opal to a wider range of transport services, making journeys even easier for our customers,” NSW transport minister Andrew Constance said in a statement.

Managing director of Cubic’s Asia-Pacific arm Tom Walker said the move was “an extremely significant step in the evolution of the Opal card system” and “will pave the way for other third parties to leverage the Opal payments platform”.

“The Opal card has now evolved into a single payment card for mobility, with potential future applications across other modes of transportation in New South Wales, including rideshare," he said.

Constance revealed last year that NSW Transport was looking into using the Opal card system to pay for private forms of transport services, like taxis, Ubers and bike hire, as well as other government services like toll roads.

However the NSW government’s latest on-demand public transport venture, which it has begun rolling out across Sydney, does not currently support the use of Opal cards.