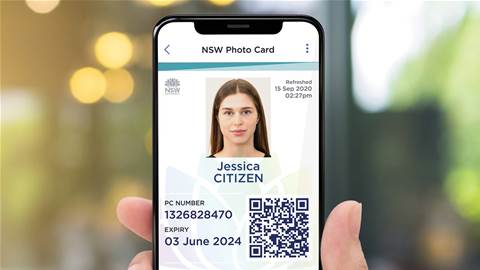 In Western Sydney and the Blue Mountains.

The NSW government announced a significant expansion of the digital photo card trial on Thursday, with the residents of more than 200 suburbs now eligible.

Another 140,000 NSW photo card holders can now access a digital version of their card after the trial was extended across Western Sydney and the Blue Mountains.

Until now, only residents living around Penrith and Blacktown had been able to access the pass, which – like the digital driver’s licence – is available through the Service NSW app.

Around 6500 people have set up a digital photo card app since the first phase of the trial began in February.

The expanded trial will cover 60 additional postcodes, extending from Parramatta and its surrounding suburbs to Dural in Sydney's north-west.

Digital and customer service minister Victor Dominello said the 60 postcodes were chosen das the next cohort due to the number of photo card holders in these locations.

“Close to 20 percent of photo card holders live in Western Sydney and the Blue Mountains so it makes sense to expand the trial to this region,” he said on Thursday.

Dominello said digital photo cards could be used with businesses that check ID in the trial areas such as pharmacies, liquor stores and major retailers.

The government is yet to say when the digital photo card will be rolled out state-wide like the digital driver’s licence.

Digital photo cards were originally slated to become available to citizens alongside boat driver and recreational fishing licences in 2017, well before the launch of the digital driver’s licence in 2019.

Around 3.3 million licence holders – or 59 percent of drivers – have taken up a digital drivers licence to date. In March, this figure stood at 46 percent.