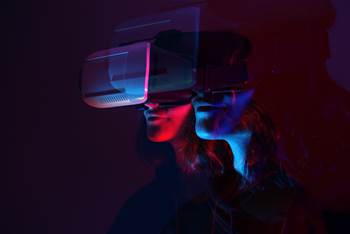 Partners with the Gradient Institute.

The NSW government has commissioned a study into the metaverse to understand the opportunities and regulatory risks that shared virtual worlds hold.

The study will be conducted by the Gradient Institute, a Sydney-based research and advocacy institute, with support to be provide by the Department of Customer Service.

The Gradient Institute has previously worked with the department’s digital arm, digital.nsw, to develop the government’s AI ethics policy.

DCS secretary Emma Hogan annouced the research paper at the future.nsw conference in Sydney on Monday, with the results to be presented later in the year.

“We are partnering with the Gradient Institute over the next few months to do a paper on what government services and transactions might look like in the metaverse,” she said.

Hogan said that the paper would also look at what “should government be considering when it comes to regulation”, which she described as the “more important” piece at this stage.

“Whilst that is likely to end up being primarily a federal responsibility, we think its very important that NSW has a voice in that, and that we’re clear on what that voice should be,” she said.

“A new world of opportunities will open as the metaverse matures,” he said, adding that cities like Seoul, South Korea were already planning to make public services and cultural events available.

Seoul has reportedly set aside 3.9 billion won ($A4.3 billion) to develop its own metaverse platform by the end of 2022.