NSW Family Services staff given IT veto during transformation 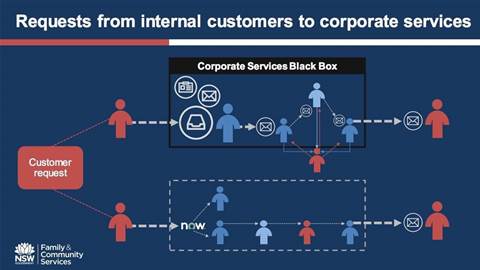 John Hubby thinks that staff at the New South Wales Department of Family & Community Services have some of the most stressful jobs imaginable.

“If a child is determined to be at risk of serious harm child protection workers have to go to someone’s home,” explained Hubby, the Department’s Deputy Secretary for Corporate Services. “Those visits are by definition very stressful.”

On such visits Hubby says workers simply must not have any impediment to reaching the services they need to do their jobs.

But the Department had all sorts of complexity.

Making requests to finance, IT or legal teams required workers to send an email.

“We had hundreds of not thousands of email accounts and you had to rely on someone to open and respond,” Hubby said. But even if the email was read, the sender had no way of knowing who had opened it or when they would respond, or resolve a request.

“We had a set of services that had limited documentation, multiple channels of access for services, numerous handoffs and sometimes handoffs that were invisible to our customers, a lack of a single source of truth from a data perspective, and a lot of time consumed by relatively low level transactional services for relatively senior people than needed to be doing that kind of activity.”

The Department also had a major downsizing on its hands: new policy moved much service delivery to the private sector, resulting in swift reduction of its workforce from 22,000 staff to its current 9,000. A further 1,000 staff will soon move on.

Hubby said that downsizing meant internal services teams had to shrink. Doing so made financial sense but as teams shrank it also took away shortcuts staff used to get things done. 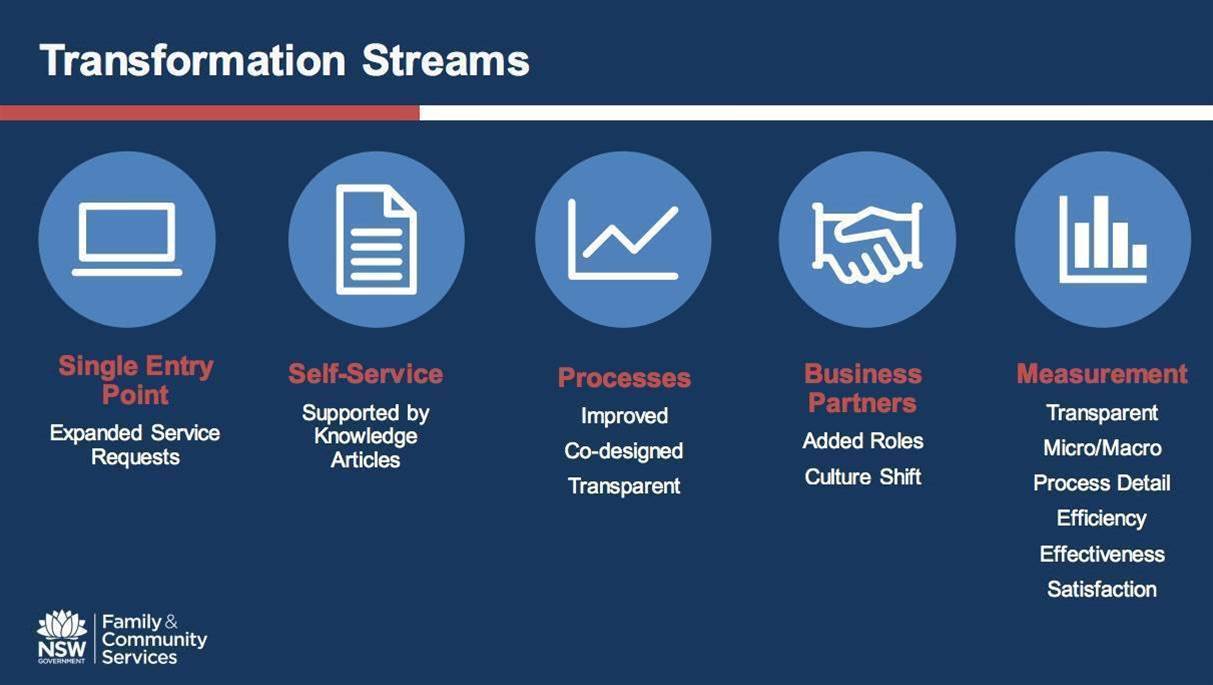 “The old idea of ‘phone your friend in finance’ was gone,” he said. Yet remaining staff needed even more access to finance and other services, because the outsourced service delivery model meant they needed to know the cost of services the Department ordered.

Hubby felt that shrinking the Department gave it a chance to transform by adopting a formal customer service delivery framework for staff that changed five streams of work (see slide above).

Said framework went live on July 1st, 2018. Based on ServiceNow, it sees service requests routed to appropriate staff with complete transparency: workers can see what stage their request is at and who is handling it.

Hubby told ServiceNow’s Now Forum that he seconded staff from around the business to design the new tools, and gave them veto over solutions.

“Customers could say this would work for them or not,” he said. Giving them that power meant they bought into the tools that were adopted, and also signed up for the Department’s drive for “fewer, better, systems.”

A little over three months into the new regime, Hubby said its working well, with some glitches.

“The fulfillers believe our SLAs are way too aggressive but we have an ongoing discussion with internal customers about what reasonable SLAs are,” he said.

“The main thing is that it is not ad hoc any more. It is now a single and transparent pathway to services.”