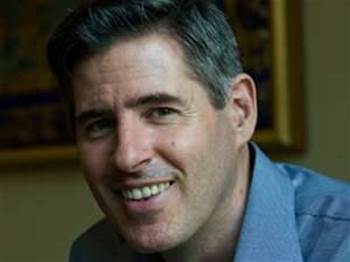 Websites to be relaunched with Joomla CMS.

A consortium of rural and regional NSW councils has dumped its aging, proprietary content management system (CMS) for an open source Joomla solution.

From August, 46 council websites will be migrated to the new CMS in a $300,000 upgrade to the NSW Local Government and Shire Associations' (LGSA) Local-e project.

Jentla founder and CEO Damian Hickey (pictured) recalled being at an industry briefing with around 30 other bidders. Some left the room when a preference for open source was raised, he said.

"We said we would look favourably at open source software," she said.

Many site administration tools have been pushed to the front-end, allowing council staff to create users and content after logging in to the user-facing website.

"In a lot of ways, the implementation will be mainly backend, for clients [councils]," Abdelaty told iTnews.

"The Gov 2 taskforce and principles of open government - that was very much in our minds.

"There is now an obligation to publish information rather than withhold information. We will be using RSS to enable others to scrape information, like planning alerts, from our site."

"With Jentla in place ... we can work more collaboratively with the councils to provide ideas and services to improve community interaction, such as community consultation and online portals," she said.

LGSA will run a series of "familiarisation workshops" for various councils in September. In the meantime, it will migrate current web content to the new system on their behalf, and ensure all current features are retained or improved.

The association has yet to determine a fee schedule for the CMS, which will be provided to councils on a subscription basis.

According to Jentla's Hickey, the deal was aligned with a public sector trend towards open source CMS. Joomla powered the websites of the United Nations Regional Information Centre and the U.S. City of Boulder, Colorado.

Meanwhile, open source CMS platform Drupal ran the websites of Amnesty International, former Prime Minister Kevin Rudd, and WhiteHouse.gov, which in April released some custom code for the open source community to review, use or improve.

"There's a growing acknowledgement in government that open source is the right decision," Hickey told iTnews.

"The days of paying really large amounts of money for a CMS is over; and particularly with government, they are very interested in the longevity of data, which may be maintained through open standards."