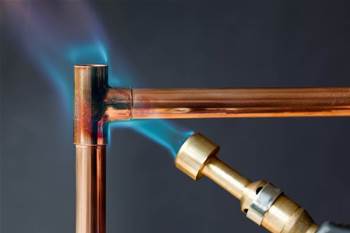 The days of bank customers being stranded for days without funds because of bank outages could soon be over, thanks to real-time transaction enhancement plans revealed by the New Payments Platform.

Less than a fortnight after a shock payroll and pension day outage floored the CBA’s branch, internet and mobile account platforms, the NPP has revealed a swag of enhancements that would cut through overnight batching delays and deposit funds in just seconds.

The move to address 'dumb' payroll deposit latency is highly significant because the delays are regarded as a major pain point for consumers, especially amid an environment of constricting credit access.

The details are contained in the NPP’s latest three year roadmap released on Monday which revealed mandatory new requirements for banks and participating financial institutions.

A key obligation is for banks and participants too be able to “receive NPP messages with additional defined data elements for payroll, PAYG tax, superannuation and e-invoicing payments by December 2020.”

The move would mean that once payroll payments are despatched, the employee’s receiving bank would not be able to ‘sit on the float’ by conveniently waiting another day (or more over a weekend) until releasing those funds via batch into its own accounts.

Customer and regulatory nerves are particularly inflamed after the CBA’s incident in which systems flamed out at the worst possible time.

But while the outage at Australia’s biggest bank lasted from around lunchtime on Thursday to around 6am on Friday and caused problems for its customers for around 18 hours, it was in fact customers of other banks that were hit the hardest by delays to payments and deposits.

This was because even though the CBA restarted transactional processing early on Friday morning and continued to clear its backlog through the weekend, some other banks did not process through the weekend with some not moving delayed payments until Tuesday night to land Wednesday morning.

While the move to push more persistent payments processing is no substitute for systems uptime, what a shift to hasten transactions will do is shorten the duration of painful, hangover-like effects of outages that go on to ripple through the economy.

The Reserve Bank of Australia, which is a key backer and the instigator of the NPP, has been exerting conspicuous pressure on banks to upgrade from legacy batch systems to prevent outages and put in place additional measures to lessen their deleterious economic effects.

The RBA recently revealed through the Payment Systems Board it will soon publicly reveal its catalogue of outages after forcing institutions to hand over data about the severity, duration and cause of glitches as it tries to embed greater resilience in a financial system reliant on interdependencies.

In July the RBA warned that unless banks started to shift infrastructure to real time, banks that continued to rely on older systems over the longer term would be stuck maintaining two sets of rails, a factor that is set to also cause headaches around direct debits.

This is because under new messaging standards, institutions are moving shift from data skinny “pull” payments requests under veteran the direct debit system and data-rich “push” requests-for-payment (RfP) under NPP enabled services, with future of older direct debits now an open question.

Pushing the rich data the message through government

With the ATO now requiring the use of Single Touch Payroll for a raft of employer categories, especially around sectors where it sees tax compliance as higher risk, the ability to have messaging that contains data required by government embedded by banks is certain to spur uptake.

“Market participants, such as payroll providers, cloud accounting software providers and superannuation gateways, can incorporate the specified NPP message standards into their product and service offerings to send payroll, PAYG tax, superannuation and e-invoicing payments via the NPP,” the roadmap says.

The flipside of that push is that NPP users could voluntarily expose their earnings data to social services agencies in real time to augment more immediate reconciliation against the currently challenged data mating regime that has created the Robodebt mess.

As iTnews has previously reported, this could allow banks to help their customers to automatically address demands for increasingly detailed reporting requirements and avoid nasty surprises down the line.

Given that the most recent evidence to Senate Estimates noted a decision was made to put reporting requirements on individuals rather than the businesses that employ them, that may be both a practical and less onerous mechanism.

That’s especially the case when the NPP is already used by the likes of Centrelink to land payments in real time to those who need it most.

The question now is whether the government, its policymakers, and the bureaucracy will rise to the occasion.