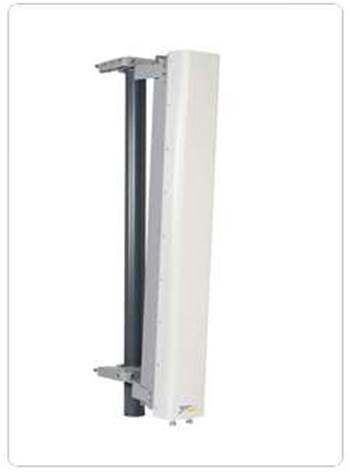 Base station deconstruction heats up.

Nokia-Siemens Networks has unveiled the first antenna system developed under its Liquid Radio project, revealing the hardware will be ready to deploy this year.

The launch at the CTIA Wireless show in Florida came only a month after rival Alcatel-Lucent made waves at Barcelona with lightRadio, which operated on a similar premise.

The competing architectures broke traditional base station hardware into smaller components that could be located closer to end users, while pushing some of the network control elements up to the 'cloud'.

Alcatel-Lucent plans commercial trials "over the next two years".

That meant Nokia-Siemens Networks would be first to market with its Liquid Radio antenna system. Connected Planet reported last month that the hardware could be in commercial trials as early as June.

Today it said its Flexi Multiradio Antenna System combined "antenna and radio part[s] in one functional enclosure, built with dedicated power amplifiers for each antenna element".

"The active antenna allows beamforming – focusing a particular radio connection and directing it to a specific user – as well as handling of multiple technologies in one unit," the vendor noted.

"Together with other layers of coverage provided by macro, pico and micro site configurations, beamforming allows capacity to be directed exactly where the user requires it, delivering up to 65 percent capacity gain."

And it emphasised Liquid Radio's ability to use "baseband pooling" – an approach it says enables "sharing and redistribution [of baseband] capacity based on user demand".

"This approach centralises the resources needed to undertake processing functions common to every base station in a given area," Nokia-Siemens Networks said.

ITNews was waiting on a response from Nokia-Siemens Networks on when Liquid Radio would be available here.

Alcatel-Lucent Australia said last month it hoped to "get on the priority list" for trial lightRadio kit to be shipped here.