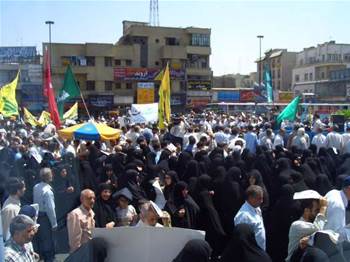 Lands in US court over sale of monitoring kit to Iran.

Nokia Siemens Networks has released a statement claiming that it has been wrongly accused of helping the Iranian government spy on its citizens as it faces new litigation in a US court.

Saharkhiz has reportedly been tortured by Iranian authorities since his arrest.

Lawyers acting for Saharkhiz want Nokia Siemens Networks to cease the "unlawful support of intercepting centres of the Iranian government", hoping the US judicial system will hold the company accountable to its activities in Iran.

"We have no quarrel with Isa Saharkhiz and his son," Nokia Siemens Networks said in a statement. "But the Saharkhiz lawsuit is brought in the wrong place, against the wrong party, and on the wrong premise."

Nokia Siemens Networks has not denied providing Iran with a monitoring facility that enabled law enforcement officers to use so-called lawful intercept powers, however it said that litigation should be directed at "those who misues technology".

The company has faced boycotts in Iran over its alleged role in helping authorities spy on citizens during the election.