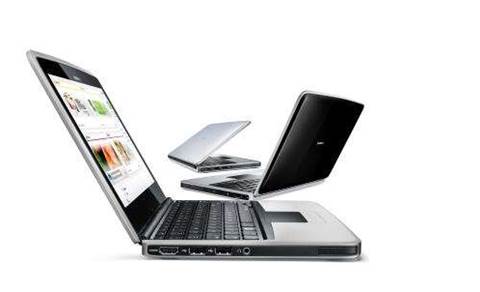 Nokia has used its Nokia World 09 show in Stuttgart to reveal more details about the forthcoming Booklet 3G mini laptop, along with the N97 mini, a smaller sibling of the N97 focused on social media.

Revealed last week, the Booklet 3G is set to ship in the fourth quarter of 2009. Specifications disclosed today show that the device is based on Intel's 1.6GHz Atom Z530 processor, and will ship with 1GB of memory and a 120GB 1.8in hard drive.

The Booklet 3G will come with Microsoft's Windows 7 Starter Edition, Home Premium or Professional editions, and is expected to cost €575 ($982.50).

While this is a higher price than most current netbooks, the Booklet 3G is said to have a battery life of up to 12 hours from a 16-cell lithium-ion battery pack, and features a chassis made from a single piece of machined aluminium for robustness.

Software will include Nokia's Ovi Suite 2.0, Nokia Music for PC and Ovi Maps. It will also ship with trial versions of Microsoft Office Small Business and F-Secure Internet Security 2010.

Meanwhile, the N97 mini is a shrunk-down version of the N97, with a smaller 3.2in touch-screen and less built-in memory (8GB compared with 32GB on its larger sibling) and a smaller body complete with new design touches. It still has a slide-out Qwerty keypad, however.

The phone is designed for accessing social media networks, and includes features such as Lifecasting with Ovi, offering users the ability to update t heir Facebook status directly from the device's home screen.

Some user interface tweaks such as flick scrolling and new home screen widgets have been added, which Nokia said will be available in a software update next month for existing N97 devices.

The N97 mini will be available from October.

Got a news tip for our journalists? Share it with us anonymously here.
Copyright ©v3.co.uk
Tags:
3g booklet hardware mini n97 nokia