Nokia claims injunction against HTC One 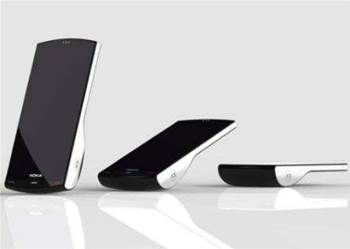 Nokia Oyj said it won a court injunction that would prevent rival HTC Corp from using microphone components made by STMicroelectronics NV in HTC One phones.

The Finnish phone maker said in a statement announcing the decision by the Amsterdam District Court that the microphone components were invented by Nokia and manufactured exclusively for Nokia phones.

"HTC has no license or authorization from Nokia to use these microphones or the Nokia technologies from which they have been developed," Nokia said.

It said the injunction was effective until March 2014 and would prevent ST Micro from selling the components to Taiwan's HTC globally.

Such a decision could create further headaches for HTC, which has already struggled with component shortages for its flagship HTC One smartphone.

HTC said it was disappointed with the decision.

"We are considering whether it will have any impact on our business and we will explore alternative solutions immediately" HTC said in an emailed statement.

Nokia, which makes the Lumia line of smartphones based on Microsoft Corp software, and HTC, which uses Google Inc software, have both been scrambling to regain ground lost to bigger rivals Samsung Electronics Co Ltd and Apple Inc in the global smartphone market.

Nokia said the technology in question is "high amplitude audio capture" and enables high-quality recording of music from mobile phones. Nokia said it took apart the HTC One to confirm the microphone, which HTC called "dual membrane HDR", was the same as its own.

In addition to the latest case, Nokia has filed about 40 patent infringement cases against HTC.

Nokia's US shares were up 10 cents or almost 3 percent at US$3.17 on the New York Stock Exchange in late afternoon trading.