No updates for Windows 7/8.1 on new hardware 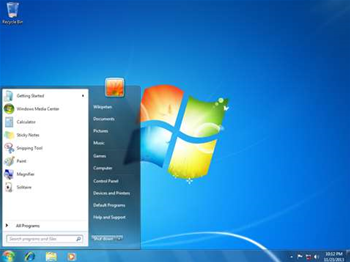 Users should upgrade to Windows 10 to get patches.

Microsoft's recent Patch Wednesday updates had a sting in the tail for Windows 7 and 8.1 users: if they are running the older operating systems on new hardware, the updates will not install.

Users with computers that feaure the latest processors from Intel, AMD, and Qualcomm were met with error messages when using Windows Update to get patches, including:

"Unsupported Hardware. Your PC uses a processor that isn’t supported on this version of Windows and you won’t receive updates."

"Windows could not search for new updates. An error occurred while checking for new updates for your computer. Error(s) found: Code 80240037 Windows Update encountered an unknown error."

Microsoft earlier this month said Windows 7 and 8.1 computers with Intel's 7th generation Core processors, and those with AMD Bristol Ridge and Qualcomm 8996 chips or later, "may no longer be able to scan or download updates through Windows Update or Microsoft Update".

Microsoft caused controversy last year when it tinkered with support policies for Windows 7 and 8.1 so as to push users to upgrade to Windows 10.

The company had to back down on cutting short the support period for Wndows 7 and 8.1 for users whose computers contained Intel's 6th generation Skylake processors.

Although support for Windows 7 and 8.1 on Skylake processor PCs will continue to January 2020 and 2023 respectively, Microsoft said last year that the newer Intel Kaby Lake and AMD Bristol Ridge hardware would only be supported on Windows 10.