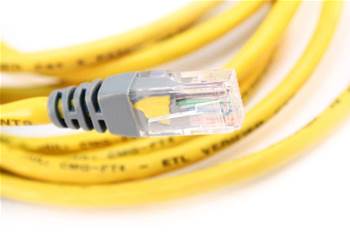 A group of telco consultants and engineers in Victoria is planning to launch a not-for-profit internet service provider in an attempt to provide cheap access to the National Broadband Network for like-minded people.

The nascent group, dubbed 'No ISP', gained cooperative status under Victorian law earlier this month, enabling them to recruit members and provide services without the financial requirements of a standard company structure.

It will offer plans on the NBN with minimal margins, facilitated by near-zero costs, non-existent staffing and none of the support or service structures now commonplace in the telco and ISP industries.

In effect, No ISP plans to offer NBN as a utility, rather than a service.

"We treat [the NBN] as a utility that's available to all — there's no differentiation in the way people are connected, or managed or set up — it basically only comes in one flavour," said Phillip Stevens, a Cisco systems engineer by day and secretary of No ISP by night.

"If that's the case, it truly can be treated as a fully standardised utility ... you don't add the service elements on top that telecomms companies have been doing for their own specialised services — you have someone there to teach you how to do everything associated with your service, whereas with a utility it's a much more straightforward service.

Under Victorian legislation, No ISP is able to cover its own operating costs as a cooperative but unable to make or report a profit to its members.

Instead, those who sign up will be offered a share in the cooperative worth $1200. Stevens said they would be required to pay a portion of this to cover membership and could pay additional membership fees in future — to be determined democractically by members — to cover unforeseen financial costs.

"I think it's quite a bit different to the way the ISPs are going because they realise the ubiquity of the NBN and the fact that it is a generic service, so they're currently working very hard to capture added services they can bundle in to protect their margin," Stevens said.

"We don't need to do that because we basically have as little overheads as we can get away with."

The organisation currently has no staff — it's founding board members are all volunteers and are likely to stay that way.

All core aspects of the business are outsourced where possible: NBN connections will be funneled through a sub-wholesaler on the network like Nextgen networks, while it has signed onto a hosted billing and operational support system from Aussie vendor Inomial.

Though professional legal, accounting and systems support staff may eventually be added to the cooperative's roster, No ISP plans to remain a barebones, no-frills provider.

"To be frank there isn't a lot of magic in internet services anymore and that's why the margin is failing," he said.

"In the old days ... you needed technical staff, you needed support people but frankly, with a wholesale provider, there's nothing that needs to be done in terms of buying any kind of router of any sort."

According to Stevens, the cooperative plans to sign up its first customers — or, more aptly, members — to the NBN over the next several months once contracts are secured.

However, the key differentiation between No ISP and other ISPs isn't in individual membership but instead through the community the group hopes to grow over time.

No ISP will not always compete successfully with ISP mainstays on price — it is currently proposing an entry price of $110 per month for a terabyte plan on 100 Mbps down and 40 Mbps speeds over the fibre network.

An equivalent plan can be purchased for $10 less a month from iiNet, due mainly to the larger ISP’s existing scale and direct connection to the NBN.

Instead, No ISP hopes to instill a community attitude that could bring further advantages like the ability to trade excess data quota between users while providing community support between members.

Read on to page two to find out how No ISP members will trade excess download quota for discounts off their monthly bill.