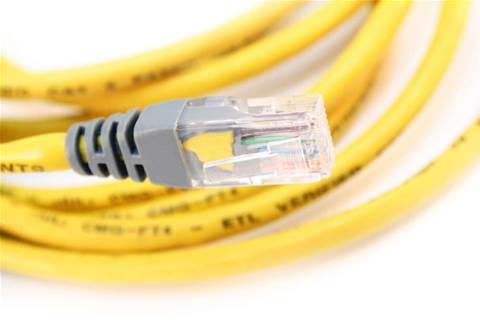 Although the community-based telco model Stevens and No ISP chairman Marc Boschma hope to build is not entirely new, No ISP remains a far cry from the for-profit, traditional telcos that currently dominate the telco space.

The group isn't alone, either, in attempting to use the ongoing government-led reforms of the telco sector to make a new entry into the industry.

They are joined by the likes of AusBBS, another "NBN-era ISP" that has recruited former Ozemail executives in hopes of rekindling the success it had two decades ago.

More are set to come, both in the form of fresh ISPs, and over-the-top players that could bundle utility-style internet access over the NBN as a side product.

But not all are convinced new, small-scale ISPs — whether chasing after profits or not — are financially viable in an era dominated by very few, high-scale telcos.

The telco sector as a whole has continued to experience significant consolidation as those in significant positions seek to gain scale before the NBN becomes an entrenched access network.

Former Internode managing director Simon Hackett has pointed to the financial difficulty small ISPs were likely to face in connecting directly to the national network.

While sub-wholesalers are seen as taking some of that sting out of the wholesale cost, others have argued the largest ISPs in the sector would simply squeeze the market share from newer entrants.

"The reality is that the larger ISPs — the top five — are really goin to monopolise that with their ability to buy huge chunks of bandwidth for their residential clients and use that bandwidth and capacity that's largely used at night and use it during the day for their business clients, and offer it at a cost service," Steve Crockett, chief technology officer at small business ISP Anittel, told iTnews.

"I think there might be a couple of small exceptions — you might have somebody like Bendigo [Community Telco] ... they are kind of the dominant telco outside of Telstra in that Bendigo area, and I think that they are big enough in that areas as a telco.

"I kind of think there are more telcos like Bendigo that will likely get acquired before that occurs."

Stevens acknowledged that the big four — Telstra, Optus, TPG and iiNet — were likely to retain the majority of the broadband market for the foreseeable future.

But he argued a non-profit venture could work off smaller margins and not require a hight cost base from users.

Household names including Woolworths — which already offers a pre-paid mobile service — are expected to compete with the likes of iiNet and Optus for NBN subscribers in the near-future, while technology vendors such as Apple could more closely control customer relationships by offering internet access.

However, the value-added services — rather than a pure internet connection — would likely become a core reason for competition, Hooton said.

"I think what's ultimately happening is the market is being stuck in a full circle," he said.

"When small ISPs were originally starting up, they were always starting up in the regional areas; that was a technology reason first and foremost, because with dial-up you needed to have a local landline.

"But I think by default it's due to the [capital expenditure] involved in becoming a national carrier that the regional ISPs or something with a real niche is going to be what's required to start a new business in that game.

"I think it would be possible to do but I think the way that the businesses starting up are going to be completely different."

But while he noted that niche players would still have a place in the ISP industry in future, Hooton said the industry was unlikely to reach the approximately 370 telcos and service providers reported to be in the industry by the Australian Bureau of Statistics in 2010.