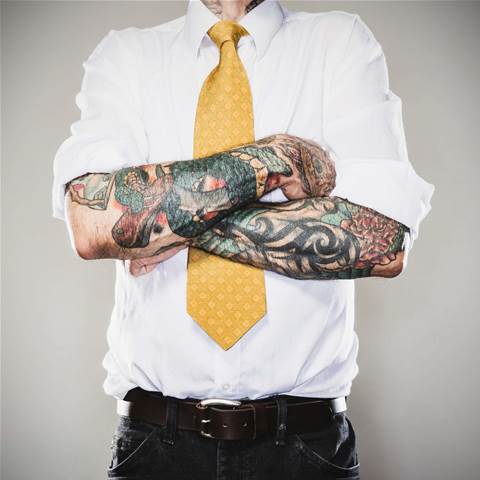 Working with the FBI to automate identification.

Law enforcement is sharpening the tools it uses to identify suspects, moving to tattoo recognition when more traditional biometrics like facial images and fingerprints aren’t available.

Computer scientists at the US National Institute of Standards and Technology (NIST) will soon commence the second round of an independent study into which biometric matching algorithms work best for pairing tattoos with criminal suspects, unidentified victims, and alleged gang members.

NIST’s Mei Ngan and colleague Patrick Grother last week briefed the Biometric Institute’s Asia Pacific conference in Sydney on the work they’re doing in the tattoo matching space on behalf of the US FBI.

In the US, where one in five adults have a tattoo, body art is often used by law enforcement to identify persons of interest and reach conclusions about their affiliations, Ngan said.

In an attempt to remove human error from the equation, Ngan and her team have been testing image recognition algorithms on a small subset of tattoos to see how well they can match images in different scenarios, partial tattoo images to whole tattoos, and even similar tattoos on different individuals, when investigating gang crime.

“A suspect might be captured in video surveillance, and we can’t see their face but we can see part of their tattoo out of the bottom of their shirt,” Ngan said.

As part of what it called the ‘Tatt-C’ experiment, NIST released a test set of tattoo data and a series of use cases to the market for biometrics companies to trial their wares on.

Six vendors - including MorphoTrak, Purdue, FraunhoferIOSB, MITRE and Compass - put their hand up to be part of the study.

This July, NIST will follow up the study with a more rigorous round of internal testing that will allow it to put the algorithms through their paces on much larger data sets, and evaluate their speed performance on uniform hardware.

“Instead of giving the information out to the developers, the providers will send their software to NIST to be evaluated,” Ngan said.

She invited Australian software developers to be a part of the experiment, with evaluation guides and APIs due to be released in the coming weeks.