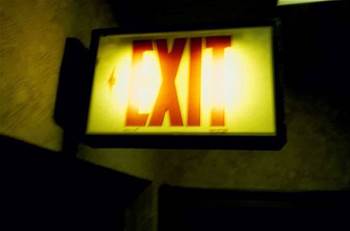 Forums have lit up with activity since it was announced on January 2 that Nintek is in liquidation.

Atomic technical writers, Josh Collins and Dave Field have been cruising sites such as Nintek Watch, Whirlpool and Atomic to find out exactly what people are saying about the company’s collapse. What’s the damage? Who is affected? We bring you the end-users view...

Thought to be at the top of their game, Nintek went into liquidation on the 2nd of January. It's estimated that customers are now collectively $55,000 out of pocket, and the National Australia Bank – the secured creditors of Nintek – will see a return of only ten cents for every dollar of the undisclosed amount they had funneled into the business.

Nintek was one of the strongest Australian retailers, yet over a few days has shriveled up and died. Perhaps some saw it coming. In the online retailer category of the 2006 PC Authority Reliability and Service Awards, Nintek placed 5th with good customer service, good delivery and very good value for money. However in 2007 they slid to 27th place, with average customer service, poor delivery and average value for money. And all this has culminated with almost $60,000 of customer's money missing in action and a company director that can’t be found for comment.

To understand this sad tale completely, we should start at the beginning. Perth 2002; Nintek was originally owned and operated by a young man called Nin, until he sold the company in 2004 to Brendan Tully and Matt Stone. The two already owned ZoomITG, a company that supplied medical and dental surgeries with IT infrastructure. Tully headed up ZoomITG, the registered business and corporate arm while Stone took care of Nintek, the consumer side which used the ZoomITG ABN to trade.

Initially, Nintek was a profitable company that was doing quite well, but its forums and the launch of Nindeals launched the company to a new playing field. Nindeals was a bulk ordering system administered by Nintek that asked its forum members to preorder (and pre-pay) computer gear. At its peak in the heyday of the 7900 GT, Nindeals were preordering 500 XFX 7600GTs in one hit.

The problem with the system was that it worked too well. The bulk discounts were so good that other retailers started to complain to the distributors about Nintek's practices. Some computer stores threatened to stop stocking entire brands or the entire product range carried by the distributor unless something was done.

Distributors became reluctant to deal with Nintek as the company would occasionally sell products below cost to maintain customers. They'd bundle a piece of below cost gear with a product that had a large profit margin to make up the difference and appear to be dirt cheap.

To work around the Australian distributors, Nintek bypassed them and talked to manufacturers in other countries. Nintek became a retailing distributor for Crucial USA and Noctua's European headquarters and Taiwanese power supply manufacturer Hiper were also introduced to the Australian market.

Meanwhile at Nintek, staff were fired for being too thorough with returns, because it meant that it took longer to process all the returns and occasionally Nintek would have to replace a product from its own inventory during the wait to screen faulty products, then wait for the round trip to and from the manufacturer.

Nindeals' delivery became horrifically slow, so much so that members of Nintek's forums organised their own bulk purchases and handed the order over to Nintek, teeing up deals with overseas distributors so that all Nintek had to do was take the money from customers and give it to the distributors. They didn't have to deliver anything, as the distributor in the US would deliver the products directly to the doors of Nintek's customers - a process called drop shipping, which Nintek used extensively to cut costs and administrative work.

There are several instances where Nintek never handed over the customers' money to the overseas distributor. In one case, a US distributor had over 50 water cooling kits ready to be shipped on the 26th of October, but never received payment from Nintek – the company had already taken the money from the customers. The money for that bulk order is MIA, allegedly the rest of the money that should have been in Nintek's bank accounts has also disappeared.

In the lead up to the liquidation, John Carrello and Mat Tribut of external administrators Dickson-Carrello got in touch with Nintek customers through Nintek Watch, a site that had been operating for a number of months until it was mysteriously taken down around the same time as Nintek's liquidation. They asked customers to email them their invoices so they could build a database of clients, who are unsecured creditors. The word on the street is that they will not see a cent.

See original article on atomicmpc.com.au
Got a news tip for our journalists? Share it with us anonymously here.