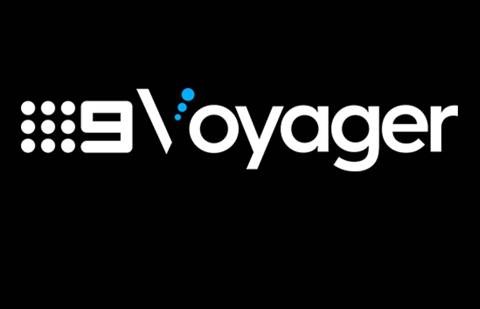 When Ryan McCartney was asked to integrate Nine Entertainment’s Voyager self-service advertising service with Qantas’ Frequent Flyer program, he treated the task as just another job.

“I didn’t see it as a huge deal,” he told iTnews. “I kind of treated it like it was just another ticket

Yet the task was of considerable business importance, required significant technical skills and was given to the then-21-year old despite his inexperience and the fact he got the task during his first year of full time work.

McCartney came to Nine’s attention while studying for his Bachelor of Information Technology at the University of Technology, Sydney. That course sees students participate in an internship in their first and third years. McCartney’s third year placement was at Nine and saw him asked to work on Voyager, an initiative aimed at winning revenue from the thousands of small businesses that don’t see television advertising as accessible. Voyager aims to change that by offering self-service booking and ad creation.

An important element of Voyager is the reward of Qantas frequent flyer points with each booking. And that’s what McCartney was asked to make happen.

His manager, 9Technology’s group director for enterprise & data solutions Stephen Kyefulumya, had no qualms about asking Ryan to do the job – despite knowing that the APIs involved would require close attention.

“Ryan had to work directly with two complex technical teams at Qantas,” Kyefulumya told iTnews. “he had to get information into the right format at the right time, do the documentation, then ensure we are sending frequent flyer points to the customer.”

Kyefulumya was confident McCartney could get this right having observed him in the workplace, and seen him excel at technical training.

One of 9Technology’s key vendors is Mulesoft. McCartney aced certification on that platform, comfortably outshining more experienced colleagues. Kyefulumya was therefore satisfied his young charge could handle both the technical side of the integration and the soft-skills challenge of interacting with a critical partner.

McCartney told iTnews he approached the job calmly, found Qantas staff professional, welcoming and accustomed to similar integration chores, so got things working and didn’t think much of the job.

But before long he came to understand the significance of his work to Voyager: the points offer is prominently featured on the product’s home page.

“I became very proud of what I had done,” he said.

He now takes confidence from the experience and has begun to plan a lengthy career in technology.

”I want to get as much experience as I can, learn as much as I can about different technologies,” he said. “I would very much like to get into a senior role, get into planning and design, and have some influence over architectures.”

Got a news tip for our journalists? Share it with us anonymously here.
Copyright © CRN Australia. All rights reserved.
Tags:
benchmark awards mulesoft nine entertainment qantas training & development
By Simon Sharwood
Feb 20 2020
7:05AM