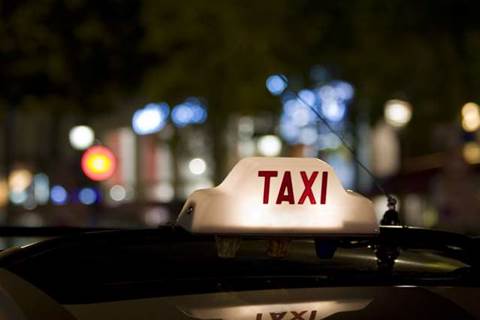 NICTA is in the final stages of readying a pioneering trial of a new off-peak transport solution in Canberra that could see locals hopping in a taxi at the bus stop for the price of a normal bus ticket.

NICTA's sophisticated analytics tools, developed in-house by the technology research organisation, have modelled out the ACT's underutilised ACTION bus network and calculated that it would be cheaper to put some passengers in taxis than continue to run empty buses to the Canberra fringes on weekends and at night.

Rob Fitzpatrick, the director of infrastructure, transport and logistics at NICTA, decribed the plan as "a win win win win" for the Territory.

"The travellers win - they get faster traveller times. Taxi drivers are usefully engaged on weekends when it is usually pretty quiet for them," he told iTnews.

"Bus operators that had a difficult time getting drivers to put their hand up to work on weekends offload that burden. And the ACT government gets a better service for at least the same cost, maybe cheaper."

Under the scheme, outlying passengers will essentially 'book' a bus trip online or with a smartphone app, which is automatically planned out for them from bus stop to bus stop.

A taxi will pick them up from the designated stop and drop them at any one of eight 'hubs' between which ACTION buses are shuttling passengers on high rotation.

When they get off their bus, another taxi will be waiting to take them to their final bus stop.

The NICTA modelling, powered by machine learning technology, predicts that journey times could be cut by as much as a third.

"It is pretty exciting when you can start to use this data analytics and this optimisation at a city scale," Fitzpatrick said.

BusPlus is not the only pilot program where the NICTA team are applying their analytics nous to improving transport infrastructure.

Fitzpatrick and his team currently have "dozens" of sensors installed on the Sydney Harbour Bridge to closely monitor the movements of each of its 3500 structural elements to predict any faults before they happen. They hope to expand into the hundreds.

"Bridges are meant to move. But it is when elements start moving apart that you want to see it and sense it as early as possible because the sooner you can get to it the less costly the repair is going to be."

It is also closely watching trials of communications between cars and roadside infrastructre on the NSW south coast, and is helping VicRoads pinpoint traffic incidents by analysing social media.

"In ten years time we may not even need traffic lights at intersections, because the cars will do all the problem solving automatically and just move smoothly through intersections," he said.