NICTA no more as CSIRO takes over 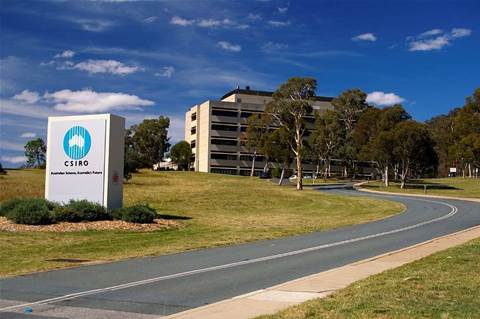 Data61 split out under executive.

Australia's peak science and research bodies NICTA and the CSIRO will officially merge when the former becomes part of CSIRO's digital productivity group, under a new business to be known as Data61.

The organisations have been in discussions since early this year about a potential tie-up after both suffered significant funding cuts at the hands of the federal government.

The CSIRO had its funding slashed by $115 million over four years in the 2014 budget, while NICTA suffered an even worse fate when the government decided to stop funding the organisation altogether after June next year.

The new unit of the CSIRO will be led by Australian technology entrepreneur Adrian Turner, who has spent the past 18 years in Sillicon Valley. He has co-founded the likes of the Borondi Group and internet of things infosec firm Mocana.

NICTA will remain a separate legal entity until at least July 1 next year for funding purposes, but will be operated under the digital productivity team.

“So much of our understanding and interaction with the world is underpinned by digital technology and data," Turner said in a statement.

"It is a fast moving and big growth area for Australia and Australian industry, and Data61 will be well-positioned to play a leading role in defining the new economic structures and opportunities that are emerging globally.”

The CSIRO has previously signalled that as many as 200 of NICTA's 350 staff could lose their jobs under the merger.

The digital productivity unit in the CSIRO currently employs around 350 staff and 180 affiliates across Sydney, Brisbane, Melbourne, Hobart, Canberra and Perth.

A CSIRO spokesperson today said its priority was to maintain current levels of research capability.

"We do know there is likely to be some duplication of support areas in the new entity and it is anticipated that some of these positions may be redeployed into the broader CSIRO functions," the spokesperson said.

In a note to staff today, the CSIRO admitted it had a "significant funding gap to close".

"This is our priority for the next 12 months. We do not plan to reduce our research or engineering capability at this stage, this will only occur if we cannot secure the required funding."

It identified a duplication of operational support in areas such as legal, communications, commercialisation, government, university relations, HR, IT, safety, finance and administraion.

"In the future these services will be provided by existing CSIRO enterprise functions. We will work with the relevant CSIRO functional leaders to determine the service level requirements for the new entity," the CSIRO advised in the staff note.

"It is likely that this will mean a reduction of positions, however where this occurs every effort will be made to redeploy this capability to the broader CSIRO."

“There’s no additional federal government funding attached to this announcement. There is a funding shortfall and science jobs are on the line,” secretary Sam Popovski said.

"The government wants to take credit for the creation of a ‘digital powerhouse’ with no additional funding whatsoever. They’re too stingy to hook the house up to the grid and the end result may be more jobs lost in process."