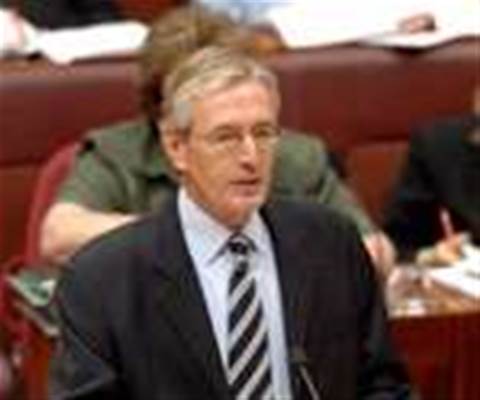 High-profile Liberal party members have paid tribute to former shadow communications minister Nick Minchin after he announced he would not stand for re-election later this year.

Minchin said "recent events involving [his] immediate family" had been a factor in his decision.

"This is a very difficult decision for me to make, but one I have been considering since the Coalition's defeat at the 2007 election," Minchin said in a statement.

"Having served nearly 17 years in the Senate, and having worked in the Party's professional arm for 14 years before that, I consider it is now time to bring my political career to a conclusion."

Minchin presided over the sale of the final tranche of Telstra shares (‘T3') and was a vocal opponent of the Federal Government's decision to cancel the Coalition's OPEL broadband plan in favour of the National Broadband Network.

Minchin had consistently called for a cost-benefit analysis of the NBN proposal.

Ian Macfarlane will act in Minchin's current energy and resources portfolio until a replacement is determined.