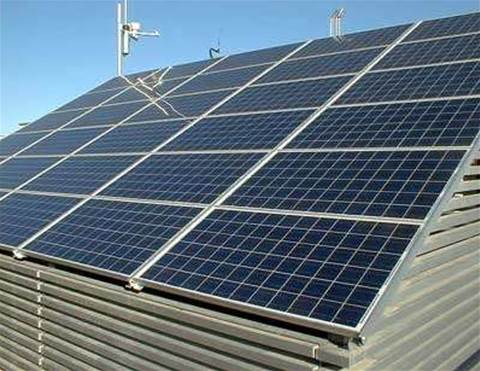 NextDC will install 400kW of solar panels on the roof of its M1 data centre in Port Melbourne to support plans to generate 25 percent of the energy required to power the facility off-grid.

CEO Bevan Slattery told iTnews the company will spend $1.2 million on the panels, which are to be installed on "the entire roof section of the plant and office area" of the M1 building, as well as on "part of the main hall roof".

The solar array is expected to generate around 550 megawatt hours of electricity a year.

Slattery said the array would act as a test site for potential future deployments at other NextDC sites.

"This is an opportunity to look at a large scale deployment, get some learnings and understandings and then apply those to future data centres," he said.

Most of M1's off-grid generation potential will come in the form of tri-generation plants, plans for which were unveiled mid last year.

Although the falling costs of large-scale solar projects put the technology on NextDC's radar, Slattery isn't overstating the immediate impact it will have on NextDC's energy bills.

"From a straight economic perspective you would simply say it makes sense to pull [energy] from the grid," he said.

Slattery said a large part of the cost of solar was in the installation of the panels, rather than the panels themselves. M1 is only partly conducive to a solar installation.

"The office area roof is angled perfectly north with a nice small angle but the plant room angle is not ideal," Slattery said.

The M1 solar project is informing the roof design of future NextDC facilities.

"What we're looking at is future design to create larger more angular areas we can put this infrastructure on top of versus [the traditional] series of flat or concrete roofs," he said.

"We're looking at ways we can create spaces that are more conducive to [solar] installations."

"When we built Melbourne we had to do it rather quickly and the actual building design itself had a bit more of a traditional data centre design about it.

"One day when we look at building an M2, I think it's fair to say some of the roof and building design would appear radically different to what it is now to maximise a number of different energy-producing technologies."