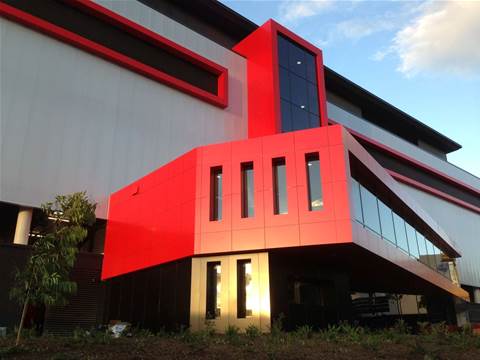 NextDC will open its first Sydney data centre to customers in September after spending two years on building and fit-out.

The data centre operator told investors today it had achieved practical completion of the base building for the Macquarie Park facility, dubbed S1.

NextDC has been targeting a third quarter launch for S1. Chief executive officer Craig Scroggie said today’s completion would allow it to open the facility in September.

Fit-out commenced last month and will continue until August. NextDC will then perform integrated systems testing to ensure the facility meets service level targets in the lead up to its launch.

S1 is NextDC’s fourth data centre, alongside facilities in Brisbane (B1), Melbourne (M1) and Canberra (C1).

The 5600-square-metre facility will have a PUE of 1.3, an 11MW capacity, and offer 6kW to each rack as a standard configuration.

It has room for 2800 racks but only about one data hall, containing 700 racks, will be available upon launch in September.

Scroggie declined to disclose S1’s occupancy rate at launch but said NextDC already had a number of customers looking to move in as soon as possible.

Optus will be one of S1’s tenants.

NextDC has also been building an 8000-square-metre facility in Malaga, Perth (P1), with 3000 square metres of technical space and an IT load capacity of 6MW.

“Whilst Perth is also very important to us, Sydney is very important from a network point of view," Scroggie said, citing demand from NextDC’s existing customers in Melbourne and Brisbane.

"By bringing Sydney online, we will complete the eastern seaboard part of the puzzle."