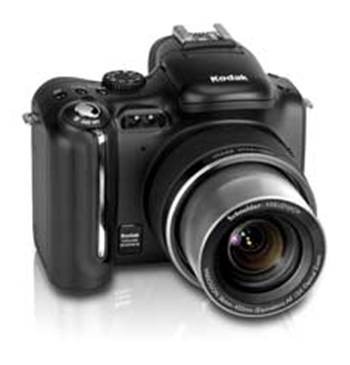 From mega pixel to single pixel.

Engineers have developed a high resolution digital camera that, instead of using thousands of pixel sensors, relies on just one.

Using advanced mathematics and a silicon chip covered with hundreds of thousands of mirrors the size of a single bacterium, the scientists at Rice University claim to have come up with a design that is more efficient than traditional devices.

Unlike a 1-megapixel camera that captures one million points of light for every frame, the new camera creates an image by capturing just one point of light, or pixel, several thousands of times in rapid succession.

The new mathematics comes into play in assembling the high-resolution image, equal in quality to the 1-megapixel image, from the thousands of single-pixel snapshots.

The oddest aspect of Rice's camera may be that it works best when the light from the scene under view is scattered randomly and turned into noise that looks like a television tuned to a dead channel.

"Thanks to some deep new mathematics developed just a couple of years ago, we are able to get a useful coherent image out of the randomly scattered measurements."

Today's typical retail digital camera has millions of photodiodes, or megapixels, on a single chip.

The research will be presented on 11 October at the Optical Society of America's 90th annual meeting, Frontiers in Optics 2006, in Rochester, New York.

Got a news tip for our journalists? Share it with us anonymously here.
Copyright ©v3.co.uk
Tags:
digicamhardwarejustnextgenononepixelreliessensor