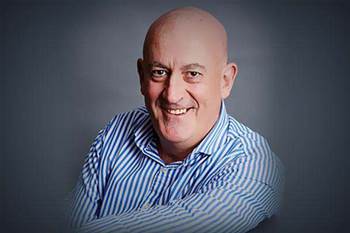 News Corp is putting technology teams to the task of making sure its growing collection of cloud-based systems are stitched together well enough to run business processes end-to-end.

The media giant's CIO Tom Quinn told the APIDays conference that as the company approached 76 percent of compute platforms in the cloud, its focus was increasingly turning to the "glue" that would bind all these cloud-based systems together.

Quinn said he had "atomised" his environment into functions that he likened to "lego blocks". The idea was he could use cloud systems to run each of these blocks, and hot-swap the technology quickly if something better came along.

However, the strategy would lead to an environment consisting of "hundreds" of small apps.

While News Corp has an existing webMethods enterprise service bus (ESB) - integration software typically used to allow different applications to exchange data - the way it was deployed made it unsuitable for the majority-cloud world that News is building, Quinn said.

"It's been good to us and we'll continue to use it for some time given the legacy we have," he said.

As multiple cloud-based systems might be used to facilitate a single business process, News isn't limiting its integration focus to technical elements.

"So I've got an overarching team I call 'Mind the Gap', and it's their job to mind the gap between each of these services. It's working pretty well."

Quinn said he was also recruiting for a 'performance team' that would manage News' need for agility and speed.

"The word 'agile' means different things to different people but we've just got to be fast and make decisions quickly," Quinn said.

"The performance team is small at the moment but starting July 1 it will become a team in and of itself.

"Their job will be to make sure all these bits and pieces through the integration layers that we built are performing at speed, and where they're not to figure out what we're going to do.

"Some [cloud] services you will deploy and be disappointed with, so you'll have to pull them and put something else in. It'll be a continually moving feast."

While News is recruiting in some areas, it is losing IT staff in others as it shifts to a dramatically different operational model.

"The issue here is not everybody can make the change," Quinn said.

"We found that half the team were up for it and wanted either to lead it or get the new skills to move to it.

"But the other half of the team were bonded, wedded, handcuffed to on-premise, physical, 'let's get in and fiddle with it' type stuff.