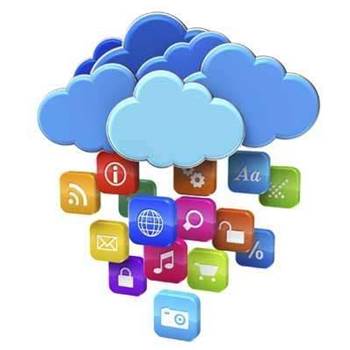 News Corporation Australia is countering temptations to customise its CRM environment with the reality of what it will miss out on if it ever goes too far down that path again.

The company became a Salesforce user two years ago, ripping and replacing a heavily customised, end-of-life Siebel system in its advertising sales business.

It has since stood up Salesforce in other areas of the organisation, including for jobs site CareerOne and most recently in its subscriptions business.

The subscriptions deal was struck late last year but the system only went live about eight weeks ago, head of advertising sales systems Shane Williams told iTnews on the sidelines of the recent Dreamforce conference.

The company now has a total of around 2000 licenses and uses the sales, service, marketing and community cloud products offered by Salesforce.

Increasingly, it is finding value outside of the native functionality in Salesforce from AppExchange, effectively a business-oriented app store of tools that can plug into Salesforce.

“We’re finding stuff [in there] all the time,” Williams told iTnews.

“The other day there was a use case in the business where two or three agents a week go through our campaign management process, but we have to check that data against the Do Not Call register every time we use it.

“A quick search of the app store and hello, there’s a product here written by an Australian guy that already does this, you quickly plug it in and off you go.

“These types of use cases come up from time to time.”

News Corp also uses Cirrus Insight from AppExchange to integrate Salesforce with the company’s corporate mail system, Gmail. The tool allows interactions in Gmail to be documented in Salesforce.

Aside from quickly fulfilling business needs, the value News Corp has been able to distil from AppExchange to date is also a powerful disincentive to customise its Salesforce platform too much.

“Some of these apps you want to plug in to fill a business gap talk only to standard Salesforce fields,” Williams said.

“If you’re not using the standard fields because you created your own customised fields 12 months earlier, you can’t use the app.

“Then you’ve got to make the decision of do I un-customise and take the thing from the app store or do I build a replica of what’s in the app store and have to maintain more custom code.

“You could potentially get into a perpetual cycle of customisation that you can’t get out of."

For News Corp, that situation would be much the same as the one it left when it originally went to Salesforce – having a CRM system that was heavily customised and where changes were made only “once every couple of years”.

“It’s why we ended up two or three versions behind,” Williams said.

And it’s not something he’s particularly keen to repeat. Salesforce, by contrast, allows changes to be made more regularly (assuming News Corp doesn't stray too far down the customisation path).

“With Salesforce we’ve got the opportunity to be a lot more agile with our delivery and responding to customer requests quicker,” Williams said.

“The challenge with that of course is it then changes your culture around how you manage change with your business.”

Ry Crozier travelled to Dreamforce 15 as a guest of Salesforce.