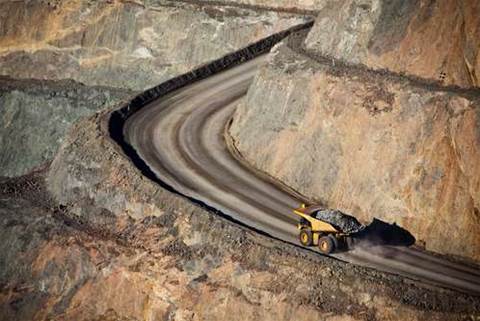 Gold mining in the Super Pit in Kalgoorlie, which is 50 percent owned by Newmont.

Newmont Mining has revealed plans to bring a global SAP system online in its Australian operations over the next two months.

The firm, which has four gold mines in Western Australia and the Northern Territory, is at the tail-end of a two-year SAP rollout called Project Pangaea.

The project kicked off in October 2010 and has been building to go live progressively across the miner's worldwide operations, which focus on gold and copper mining, barring Indonesia.

North America went live in April this year, while the firm's Peruvian operations took on the system back in July.

Rollout to the final three countries — Australia, New Zealand and Ghana — has been set down for October and November of this year, according to a presentation made to SAP's Mining & Metals Forum in Germany. (pdf)

Go-live in Australia and New Zealand has been scheduled "differently" from the first two phases, in that it will occur "post quarter end".

"It was scheduled to [sic] close to quarter end," according to the presentation, with the timing revision occurring as a result of earlier lessons learned.

Newmont's presentation slides provide a far more detailed overview of Pangaea than has previously been available.

iTnews sought an interview with the presenter around the SAP forum but was declined.

Before 2002, the Australian operations were owned by Normandy Mining, which Newmont took over and renamed.

Newmont noted in its presentation that Pangaea will create a foundation for a "global shared services strategy".

Between shared services and Pangaea, Newmont expects to realise savings in the region of $35 to $40 million annually.

One of the transformative benefits of the project is that it will drive consistent processes, data and reporting across almost all of Newmont's worldwide operations.

The company indicated there would be "no or limited customisations" made to the global system.

Pangaea is being run out of Newmont's headquarters in Denver, Colorado, "with representatives from all regions and functions relocated to Denver for 18 of the 26 months" of the project.

The slide deck candidly highlights a number of key learnings that Newmont has gained from the global transformation effort.

Aside from go-live phase timing, Newmont said that it should have phased funding decisions points to allow "for more accurate spend and expectation management".

It also said that an "aggressive time schedule" for Pangaea left "little to no room for issue resolution — ultimately requiring us to revise the time schedule", though it is unclear exactly how the schedule shifted as Project Pangaea has been discussed so little publicly.

Aside from this presentation, the next most recent reference was in the company's 2010 sustainability report (pdf).

Newmont also said it would put more into change management if it had its time over, in particular starting the process earlier.

The company noted it was forced to "change out" its change management lead during the project.

It further flagged that it would change its go-live phasing.

"We implemented with our most difficult region from a change perspective first," the company said.

"We would have reordered this region differently, if re-planning the implementation."