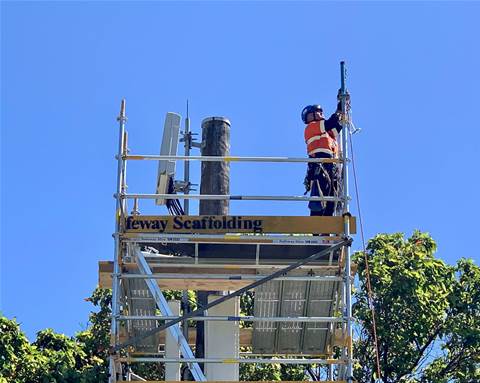 With economists predicting New Zealand will enter its deepest recession since the Great Depression of the 1930s due to COVID-19, the government has taken the surprise move to directly allocate radio spectrum to telcos at a low, fixed cost, in the hope that it will generate investment from them.

Because of the the direct allocation, the government has cancelled the auction for 3.5 gigahertz radio spectrum that was earlier postponed in March this year due to the COVID-19 pandemic.

Instead of the auction, telcos are being offered the spectrum at a low fixed cost of NZ$250,000 per 10 MHz of bandwidth.

Incumbent Spark (formerly Telecom New Zealand) was allocated 60 megahertz in of C Band 3.5 GHz spectrum, which its chief executive Julie Hodson will enable "a significant investment in 5G infrastructure across the country over the coming year."

“Securing 3.5 GHz spectrum was critical for the rollout of a full suite of 5G services, so we would like to acknowledge the government for facilitating the allocation, which will enable us to proceed with our planned 5G roll out at pace," Hodson said.

"We plan to switch on 5G sites in a number of major centres and regions across the North and South islands over the next year," she added.

A further 50 MHz of 3.5 GHz spectrum will go as originally planned to the Māori Spectrum Working Group which is free to onsell it to telcos should it wish to do so.

Vodafone New Zealand which was sold last year to infrastructure investor Infratil and Canadian asset manager Brookfield already has approximately 60 MHz of 3.5 GHz of spectrum and was not allocated any more by the government.

The telco was the first to launch 5G service in New Zealand, over its existing 4G LTE network using a 3GPP Non Standalone (NSA) overlay.

Existing Vodafone customers with NSA compatible devices can access the 5G network at no additional charge.

“We welcome other mobile network operators following us into the 5G party, and we will continue to strengthen our 5G network over coming months and years.

Competition has long been a feature of New Zealand’s mobile landscape and we’re sure this will continue to benefit New Zealand consumers,” Vodafone's wholesale and infrastructure director Tony Baird told iTnews.