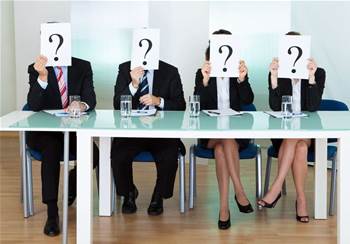 Nearing end, but still no answers.

The three companies had been subpoenaed to appear after failing to publicly participate to the committee’s satisfaction.

None of the three adequately provided information enlightening the committee to their international pricing structures, Husic said.

He said he was impressed with Apple’s openness, concerned with Microsoft’s admission it indulged in price discrimination and had no plans to stop doing so, but was overall frustrated at not receiving answers to direct questions — a sentiment he said was felt throughout the committee.

“A number of us felt we hadn’t had our questions answered, particularly around how prices are set,” Husic said.

“There’s no clear or comprehendable way that any of them were able to demonstrate the way they set prices.

"There was not a thorough sense of geo-blocking, other than it’s used as an internal accounting mechanism to be able to easily segment markets based on performance.”

He said the committee found it unbelievable that the representatives of Microsoft, Apple and Adobe at the hearing purported to not be across the pricing and revenue structures of other regions within their own companies.

“It seemed hard to believe they wouldn’t know that, given they’d all be internally very competitive against each other, which means we can’t get a handle on how prices are set," Husic said.

He urged the committee to take the issue up with the digital content rights holders — a move Husic said it will make soon.

The committee will now focus on geo-blocking, potential competition law reform and trade agreements, leaning on the Department of Foreign Affairs and Trade’s discussions with its Trans-Pacific partners, as well as a recent court ruling in the US which found copyright holders cannot block the resale of products that are made outside of the country in the US.

The US Supreme Court last week found goods made and sold out of the US could be resold in the States without violating copyright law.

General counsel of the US’ Software and Information Industry Association Keith Kupferschmid said in a statement the ruling would harm US businesses and consumers around the world.

“[The] decision will create a strong disincentive for publishers to market different versions and sell copies at different prices in different regions. The practical result may very well be that consumers and students abroad will see dramatic price increases or entirely lose their access to valuable US resources created specifically for them,” Kupferschmid said.

Husic said the committee would discuss the case with Australian industry and the Australian Digital Alliance.

“So we have a few more discussions to hold, but we’ll be moving shortly to report back in the near future,” he said.

Husic also signalled an interest in producing a draft report prior to the final report tabled in Parliament.