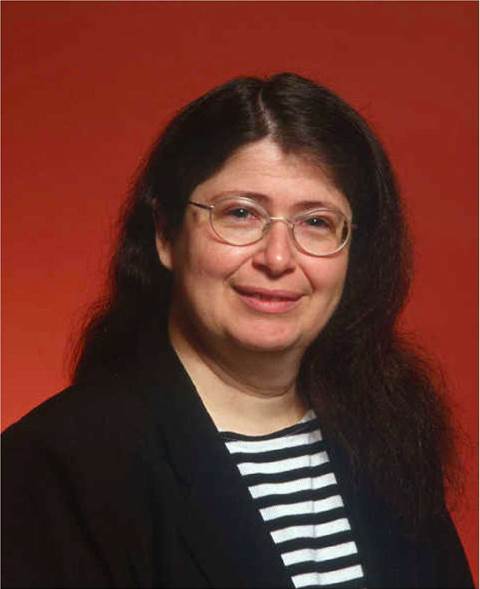 Radia Perlman - engineer, author, inventor and now director of network and security at Intel, has arrived in Australia to speak at the linux.conf.au conference in Canberra.

Perlman is most renowned for her invention of the spanning tree algorithm that transformed Ethernet from a technology that would only work with a few computers over a limited distance into large expansive networks that we know and use today.

“It’s ironic that when people think of me, they mostly think of the invention of the Spanning Tree Protocol (STP)”, Perlman told iTnews on the eve of her presentation at Linux.conf.au.

“Yeah, it’s a really cute algorithm…incredibly simple, and comes with a poem (which was the abstract of the paper in which I published the algorithm). But it was literally one week’s work…. a couple of hours while trying to go to sleep, to realise exactly how it needed to work, come up with a proof that it really would work…. two days to write the spec in enough detail that the implementers got it working in just a couple of months without needing to ask me a single question…and then three days to write the poem.”

Perlman is holder of over 100 patents within the networking and security field, 50 attributed to her research at Sun Microsystems over 13 years. Despite working with sophisticated networking and security protocols throughout the life of her career, Perlman remains an extremely pragmatic person and this translates into her design philosophy.

“Given that I really don’t like fiddling with gadgets, I always believed in designing things to be invisible…completely self-configuring, so that that users or administrators only need to plug it together and it just works,” explains Perlman.

“Another piece of my philosophy is that whenever possible, don’t ask people to throw everything away and replace it with a new thing.  Instead, take an “evolutionary” approach, where you can add a few boxes, or upgrade some of your existing boxes.  The more you upgrade, the better things work, but importantly the existing things continue to work.”

From STP to Trill

An example of Perlman applying this philosophy was when she added STP and transparent bridging to Ethernet in 1985. Rather than asking people to change the software in all of their end nodes (the computers attached to the network), she and her team invented “magic boxes” (transparent bridges or switches) which made “Ethernet” go from being something that only worked within a single building with perhaps hundreds of connected computers, to a cloud that supported hundreds of thousands of computers.

The other benefit that STP Ethernet brought to the table is that it creates a cloud with “flat” addresses, meaning that nodes can move around within the cloud and keep their address. It also is self-configuring, adhering to the key Perlman-design principle.  But STP was still bound to the constraints that existed at the time of invention in 1985; namely, it did not utilise bandwidth optimally.

“When I designed STP, I was assuming it was a quick fix that would last for a year or two until people changed their end nodes to include Layer 3 (a protocol like IP).  But, to my dismay, even though people have long since agreed upon a single Layer 3 Protocol, and all of the end nodes have network stacks that include IP, people are still using spanning tree”.

This is what spurred Perlman to invent the TRILL (Transparent Interconnection of Lots of Links) protocol, a name also reflective of Perlman’s design principle of simplicity.  The TRILL protocol allows all the benefits of Layer 3 IP protocol, including improved bandwidth utilisation and greater stability, while preserving the benefits of STP’s ease of configuration.

Perlman continues to advance the TRILL protocal and is also working on a non-recoverable data deletion system, a project which she originally started in 2005 during her time at Sun Microsystems.

The challenge, Perlman explains, is how to back up the keys so that unexpired keys can be recovered.

Perlman describes the tech industry as shrouded in hype and unnecessary rivalry between competing teams.

“In reality, the technology that wins is not necessarily the one that is technically best. And even if, say, “technology B” is technically superior, if it’s going to lose out to technology A, you want to buy technology A. But it’s hard to predict which will win, especially when marketing hype clouds the real technical differences.”

Perlman said a number of challenges lay ahead for the industry.

“I believe we will hit a wall with running out of wireless bandwidth, just as we suddenly noticed that power mattered a few years ago”, said Perlman.

“Just as the industry is focusing today on conserving power, it will have to pay attention to conserving wireless bandwidth; for instance, by using more storage and compute power on the client device in order to conserve bandwidth.”

Perlman also feels there are many different aspects of security that will need to be addressed including the never ending battle with spam, which only an enormous ecosystem of clever technology has prevented us from drowning in.

Perlman said the greatest breakthrough in the industry was the introduction of the Domain Name System (DNS) and search engines.

“The original vision of networking was that there would be a DNS name or URL - one of these things that end with a .com or .org”, said Perlman.

“It was expected that a person would somehow know the precise DNS name/URL to talk to, and DNS would convert it to an IP address, and the network would route the packet.

“But people don’t really think in terms of DNS names for things they want to talk to.  For the most part people type in what they want, e.g., buy comfortable hiking shoes’ into a search engine, and then click on one of the suggested places.  That is indeed magical, and really converted the Internet from something for engineers into something for humans.”