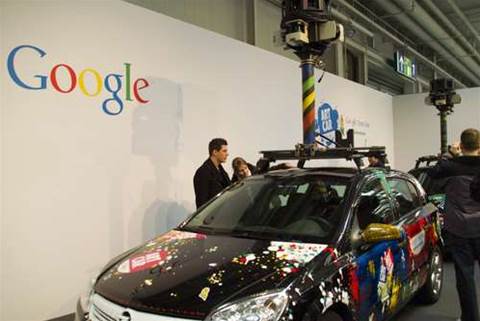 The engineer behind the infamous Google wi-fi snooping affair has been revealed as the founder of Windows wardriving tool Netstumbler.

The Federal Communications Commission found Google had obstructed its 17-month investigation into the wi-fi data snoop but had not broken laws.

On first revealing that its Street View cars had snooped unsecured wi-fi networks in May 2010, Google said its actions were "a mistake".

The New York Times confronted Milner at his doorstep in California but he could not answer questions, saying only that Google's claims depicting the work as that of a rogue “requires putting a lot of dots together”, before referring the publication to speak to his legal counsel.

Milner's LinkedIn profile cited in the report was unavailable, but his Twitter page remained online.

The news follows a US Government investigation into the Google wi-fi affair which found several employees knew of the sniffing capability.

The FCC's investigation into the matter, released this month, found the Google engineer who wrote the software – allegedly Milner – told two colleagues about it, "including a senior manager".

"Engineer Doe intended to collect, store and review payload data for possible use in other Google projects," the FCC report states, despite the company's insistence over the past year that it did not initially know about the capability.

Detail of the company's knowledge had been redacted out by the FCC when it released a copy of the investigative report two weeks ago.

Google released the same report itself over the weekend, with only names and telephone numbers redacted.

Google was fined US$25,000 for allegedly impeding the FCC's investigation into the matter.