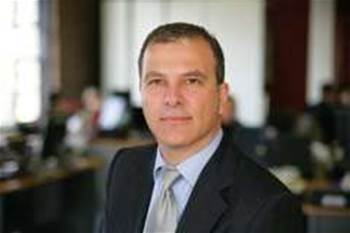 NetRegistry has bought the business and assets of hacked web host and domain registrar Distribute.IT in a deal sealed in the past 36 hours.

The tie-up was leaked by the Australian domain administrator auDA this morning and confirmed by NetRegistry chief Larry Bloch today.

No price was put on the acquisition. Bloch said he thought "people could draw their own conclusions" on the price tag from Distribute.IT's status.

Distribute.IT was the victim of a malicious attack on June 11 that shut down its network for a week and rendered four shared servers unrecoverable.

Bloch said that NetRegistry was "not without risk" in buying up Distribute.IT's assets.

"We may not see a return but I certainly wanted to assist [them]," Bloch said.

NetRegistry had sent a team of engineers to Distribute.IT to undertake a situation analysis as recovery efforts on its systems continued.

He said the team would also conduct a review of security policies.

Bloch said that a "significant amount of data" had been turned over to undisclosed authorities in a bid to track down the culprits for the attack.

"It's one of the most malicious and damaging attacks we've seen in Australia," Bloch said.

"It's very unusual for hackers simply to destroy [systems]."

Bloch said that decisions on Distribute.IT's staff had not been taken but they would continue to be paid as usual.

He hoped that affected customers would be "comforted" by NetRegistry's presence and "that a large player is involved".

NetRegistry did not buy the legal entity as part of the acquisition.