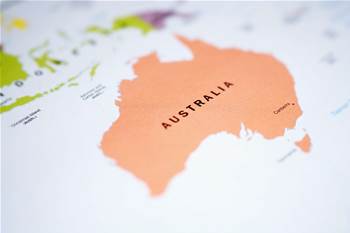 Updated: Will the telcos play ball?

Streaming video service Netflix has announced it will launch services in Australia and New Zealand from March 2015.

The long-rumoured launch was confirmed via a press release issued today, in the absence of any details around hosting or telco partnerships.

Netflix pioneered on-demand subscription video services in 2007 in the United States, after expanding out of a physical DVD mailing service.

It now boasts 50 million online subscribers across the globe and as of May was responsible for up to one-third of all US internet traffic during peak periods of video consumption.

The company was also one of the first in the world to scrap its internal IT systems and rely wholly on hosting its services in a public cloud.

This CDN is used in combination with peering agreements with ISPs to help push on-demand video closer to end-user devices.

The company has built a series of tools for ensuring the availability and security of its services hosted in the public cloud, which have since been released to the open source community and are in use at a variety of organisations, including Australia's banks.

Amazon Web Services launched its own services in Sydney from three co-located data centres in late 2012. But as reported exclusively in iTnews last month, the public cloud provider is now building two of its own facilities in Sydney to cater for increased demand for its services.

With data centres currently limited to Sydney, industry-watchers expect Netflix will need to complete commercial negotiations with ISPs and carrier partners to offer an effective service to users as distant as Perth, Adelaide or New Zealand.

Australia’s largest content delivery network is offered by Telstra, which has little commercial incentive to cooperate with 'over the top' players like Netflix due to its 50 percent share in pay television network, Foxtel.

The difficult decision for Telstra’s senior executives will be whether to allow its Foxtel investment – shared with News Corp – to be undermined by the significant revenues it could generate as Netflix’s plumbing partner.

“The bandwidth Netflix can generate can’t be ignored,” one industry commentator noted.

In the absence of such an agreement, Netflix is likely to use its own CDN network and augment it with a third party content delivery network such as that offered by Akamai, Limelight Networks and others. Netflix was a large user of Limelight Networks’ services prior to building its own CDN throughout the United States.

ISPs in Australia and New Zealand approached by iTnews were not surprised by today’s announcement.

Speaking on condition of anonymity, citing commercial confidence, several said they had already begun negotiations with Netflix and started to prepare their networks with OpenCDN caches and peering arrangements with Netflix via the AWS instance housed in Sydney’s Equinix data centre.

Netflix refused to provide iTnews any commercial or technical details for the service.

An iiNet spokesperson said as an "outspoken advocate of extending availability of content and increasing legitimate streaming options to Australian consumers" the internet service provider was "very supportive" of the Netflix announcement.

The ISP did not comment on any partnership with the streaming service.

“We’re confident iiNet customers will be enthusiastic adopters of any service which provides readily available and popular content, just as they have with iiNet TV with Fetch and catch-up TV through Freezone," the spokesperson said.

"Our customers have repeatedly expressed the view that they are more than willing to pay for content if it is available in a timely manner and at a reasonable price."

Juha Saarinen contributed to this story.